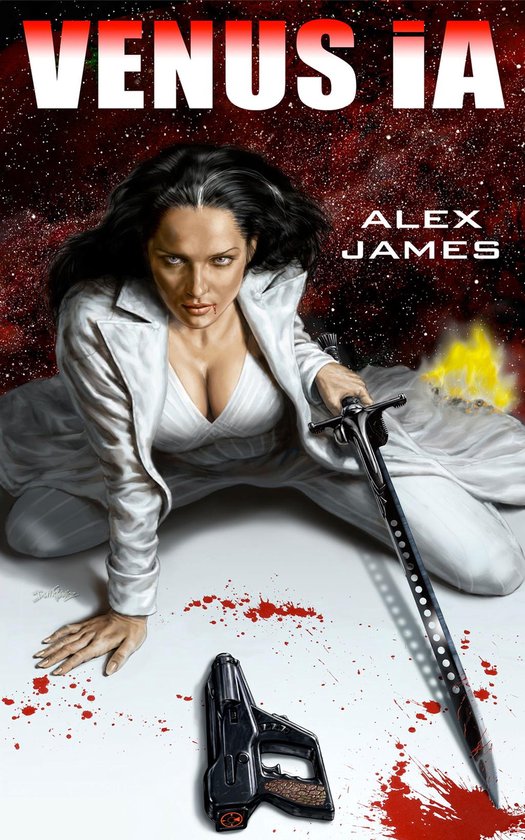 A full-throttle, fem-powered sci-fi actioner in the vein of Taken, Blade Runner and Riddick, from Alex James (The Pandora Sequence). Set against a bleak, morally-warped future dystopia, corporation employed secret agents battle for the galaxy's most sort after commodity, Ambrosia.

White can't remember her real name, or anything much about her real life - all she remembers is that slavers kidnapped her sister, the only thing she loves, and that that she has less than twelve hours to steal her back - or she will be lost forever in a lawless, immoral and barbaric moral vacuum of a galaxy where humanity has run rampant, limitless and uncontrolled, for centuries.

Totally desperate, White has sold her body to the Celestia Corporation - receiving deadly skill and memory upgrades from Celestia's most feared assassin - the cold sexual predator and emotionless psychopath known as Venus; a cruelly efficient, genetically engineered, galaxy-scale super-weapon in the body of a goddess.

But even with these advantages, White knows that time is running out, and only the deep emotional bond with her sister will keep her going; White's determination - and newfound brutality - cannot waver... even if it means leaving a devastating trail of death and wreckage in her wake, even if it means that what she finds at the end of her path of destruction - and what she has become - is more horrifying that anything she could have imagined...