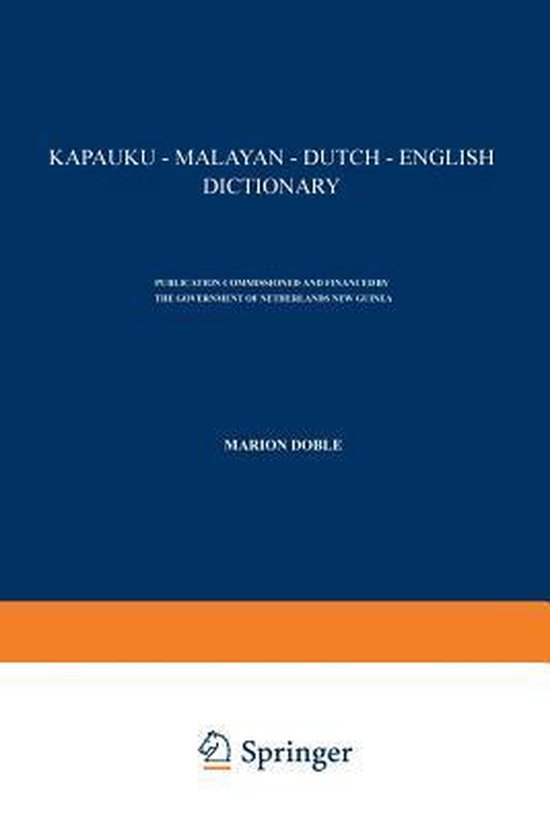 The Kapauku dialects of this dictionary are spoken by approximately 35,000 people calling themselves Me, and their language Me Mana, in the Wisselmeren area in the extreme western section of the Nassau Mountains of Netherlands New Guinea. This dictionary contains approximately 2000 Kapauku root words, with some idioms and deriva- tives. The author is engaged in work with the language and Bible translation under the Christian and Missionary Alliance, having lived at the government and mission headquarters village of Enarotali for nine years. Parts of speech are identified as folIows: Verbs end in -ei, -ou, -ii, or -ai. -ai verbs are followed by either -i or -a, which indicates the first stern. The first stern thus supplied, the verbs may be inflected according to the rules of inflection of Kapauku verbs, as described in 1 the grammar. False verbs are followed by the inflectible auxiliary tai, kai, gai, or more infrequently, pai or atii. Postpositives are indicated with 'pp' following and the rest are substantives or attributives accord- ing to their use. Syllables with an accent mark have a higher pitch. Long vowels and diphthongs have word stress and glide down unless marked high. Dialect differences between Lakes Paniai and Tigi are indicated where known with (P) or (T) following. An infrequent (E) indicates the dialect east of Enarotali. To avoid confusion the (E) initial i8 retained in the Malay and Dutch sections.