The Court of Justice of the European Coal and Steel Community 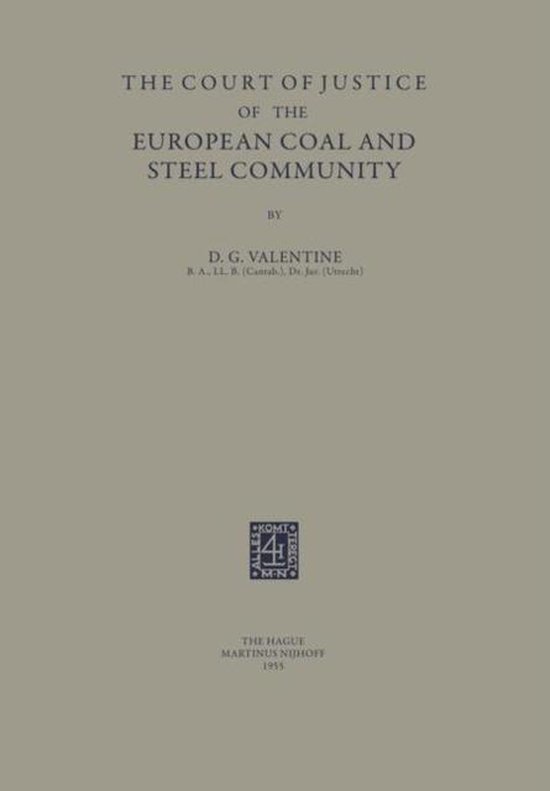 THE CREATION OF THE COURT OF JUSTICE OF THE EUROPEAN COAL AND STEEL COMMUNITY On 9th May, 1950, M. Robert Schuman, the then Foreign Minister of France, speaking at a Press Conference in Paris, outlined the idea of establishing a Community within Europe to control the production of coal and steel. The French Govern ment , he stated, propose to place the whole of the Franco German production of coal and steel under a common high authorityl within an organisation open to the participation of other countries of Europe ... This will form the first concrete step towards a European Federation, which is indispensable for peace 2. This statement, apart from the specific mention of a high authority, does not mention any proposed organs of such a Community, and, as will appear, no firm idea of the Community's structure existed at all at that date. Six weeks after this announcement in Paris, a Conference composed of the six States that were to form the Coal and Steel 4 Community3 met under the presidency of M. Monnet * This Conference continued its work consciencieux et discret, rue 5 Martignac until March, 1951 * The first reference that one finds to a judicial organ to control the activity of the Community is contained in the document sub mitted by the Commissariat general au Plan 6. When compared with 1 The term is given in small letters as a description rather than as a title. 2 Bulletin Quotidien, llth May, 1950.