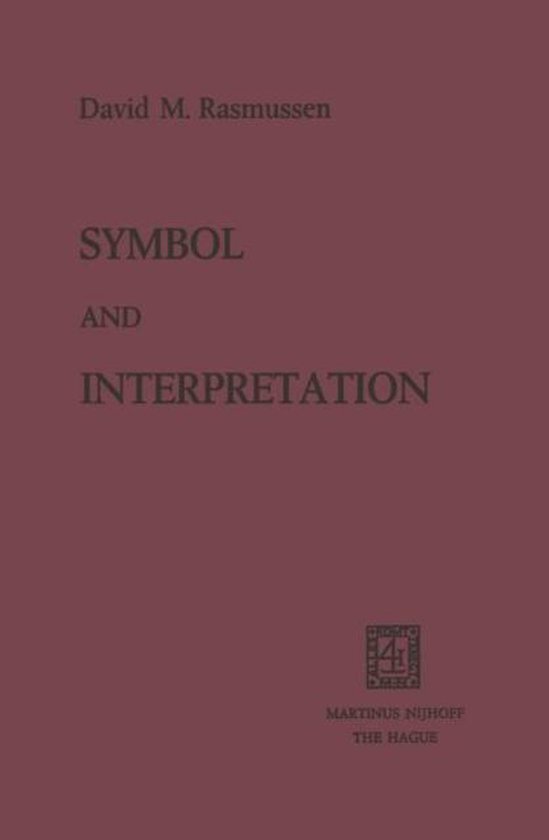 For the past four or five years much of my thinking has centered up- on the relationship of symbolic forms to philosophic imagination ,and interpretation. As one whose own philosophic speculations began at. the end of a cultural epoch under methodologies dominated either by neo-Kantianism or schools of logical empiricism the symbol as a prod- uct of a cultural imagination has been diminished; it has been neces- sary for those who wanted to preserve the symbol to find appropriate philosophical methodologies to do so. In the following chapters we shall attempt to show, through a consideration of a series of recent interpretations of the symbol, as well as through constructive argu- ment, that the symbol ought to be considered as a linguistic form in the sense that it constitutes a special language with its own rubrics and properties. There are two special considerations to be taken ac- count of in this argument; first, the definition of the symbol, and sec- ond, the interpretation of the symbol. Although we shall refrain from defining the symbol explicitly at this point let it suffice to state that our definition of the symbol is more aesthetic than logical (in the technical sense of formal logic), more cultural than individual, more imaginative than scientific. The symbol in our view is somewhere at the center of culture, the well-spring which testifies to the human imagination in its poetic, . psychic, religious, social and political forms.