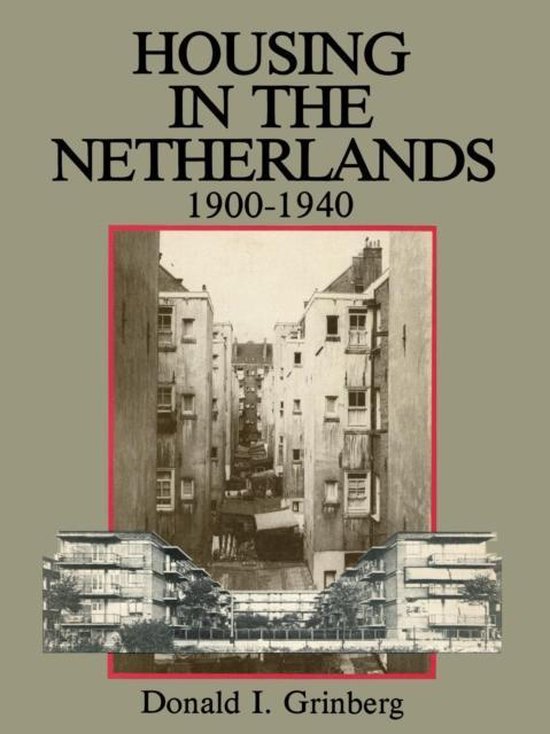 Donald Grinberg has made a study which brings to light some aspects of Dutch housing which till now have been neglected in most analyses in books and maga- zines. Grinberg is a USA citizen and studied architecture at Harvard's Graduate School of Design. With the help of a Sheldon Fellowship and a grant from the Dutch Minis- terie van Volkshuisvesting en Ruimtelijke Ordening he was able to do the research for this book in The Netherlands for a year. Grinberg is working together with his wife, who is Dutch - one of the reasons he can read and speak Dutch. His specific situation as an American who can read publications in the Dutch language gave him a unique opportunity for access to original source material and recent studies. Until now, most publications about Dutch architecture in the period 1900-1940 included housing projects mostly because they were part of 'het Nieuwe Bouh2n'. This is the Dutch expression for the modern architecture resulting from action groups such as De Stijl, who introduced new space-time awareness as a basis for the expression of architecture. Oud, Mondriaan, Rietveld, and Van Doesburg of De Stijl were followed by the groups de 8 from Amsterdam and Opbouw from Rotter- dam. Members of these groups called themselves anti-aesthetic functionalists - Stam, Merkelbach, Van Tijen, Van Loghem, Duiker, Van der Vlugt, Van den Broek, and others.