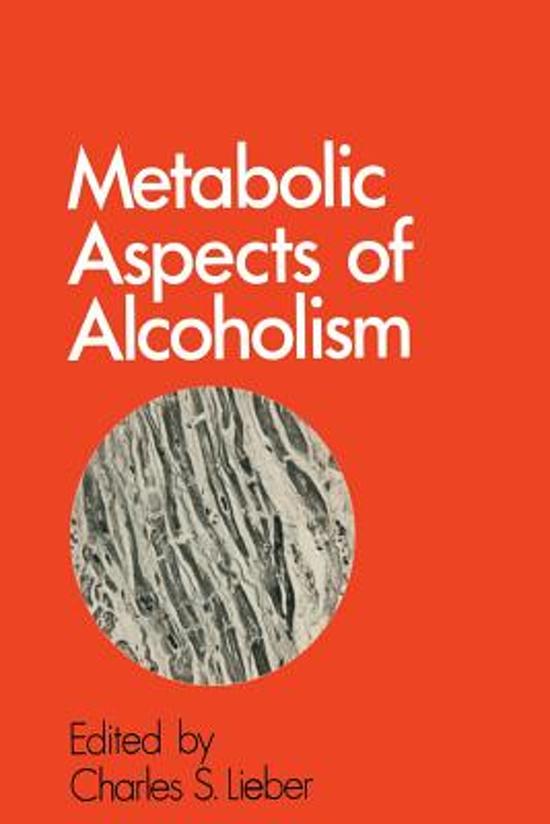 In the first annual report on Alcohol and. Health to Congress (December, 1971), the then HEW Secretary Elliot L. Richardson called alcohol 'the most abused drug in the United States'. The report revealed that nine million Americans are alcohol abusers and that alcoholic individuals represent almost 10 % of the nation's work force. With spreading alcoholism, the incidence of physical damage due to alcohol has greatly increased. A question which is often raised is 'in which way does an alcoholic differ from a non-alcoholic?' Inquiries have focused on psychological make-up, behavioural differences and socioeconomic factors. More recently, however, physical differences have been delineated. Prior to the development of various disease entities, chronic ethanol exposure results in profound biochemical and morphological changes. Consequently an alcoholic does not respond normally to alcohol, or other drugs or even other toxic agents. Some of these persistent biochemical and morphological changes are the consequences of the injurious effects of ethanol, whereas others may represent the possible adaptive responses to the profound changes in intermediary metabolism which are a direct and im- mediate consequence of the oxidation of ethanol itself. Differentiation between the effects of ethanol directly linked to its oxidation, and the adaptive and injurious effects of ethanol are not simple, and overlap is common. In general, however, metabolic effects are associated with the presence of relatively low ethanol concentrations, whereas injurious effects occur with high ethanol concentrations and/or after prolonged intake. High ethanol con- centrations also produce so-called pharmacological effects.