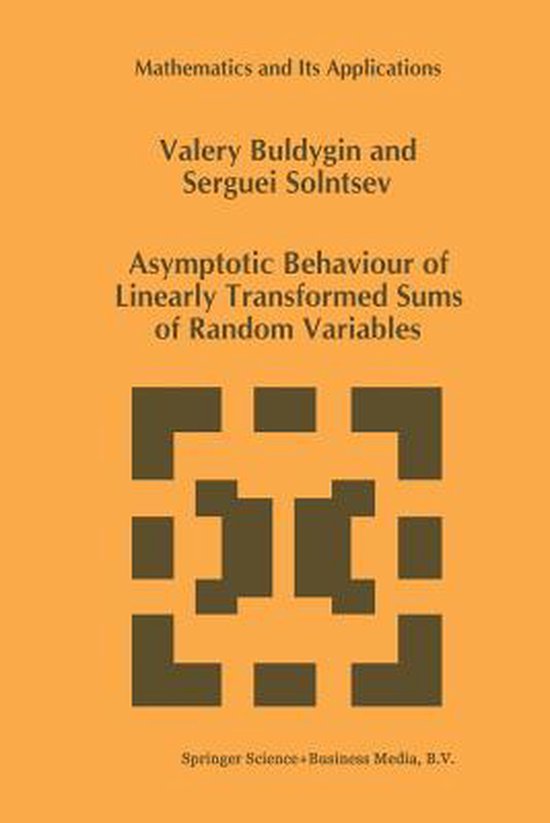 Limit theorems for random sequences may conventionally be divided into two large parts, one of them dealing with convergence of distributions (weak limit theorems) and the other, with almost sure convergence, that is to say, with asymptotic prop- erties of almost all sample paths of the sequences involved (strong limit theorems). Although either of these directions is closely related to another one, each of them has its own range of specific problems, as well as the own methodology for solving the underlying problems. This book is devoted to the second of the above mentioned lines, which means that we study asymptotic behaviour of almost all sample paths of linearly transformed sums of independent random variables, vectors, and elements taking values in topological vector spaces. In the classical works of P.Levy, A.Ya.Khintchine, A.N.Kolmogorov, P.Hartman, A.Wintner, W.Feller, Yu.V.Prokhorov, and M.Loeve, the theory of almost sure asymptotic behaviour of increasing scalar-normed sums of independent random vari- ables was constructed. This theory not only provides conditions of the almost sure convergence of series of independent random variables, but also studies different ver- sions of the strong law of large numbers and the law of the iterated logarithm. One should point out that, even in this traditional framework, there are still problems which remain open, while many definitive results have been obtained quite recently.