Transport and Reactivity of Solutions in Confined Hydrosystems 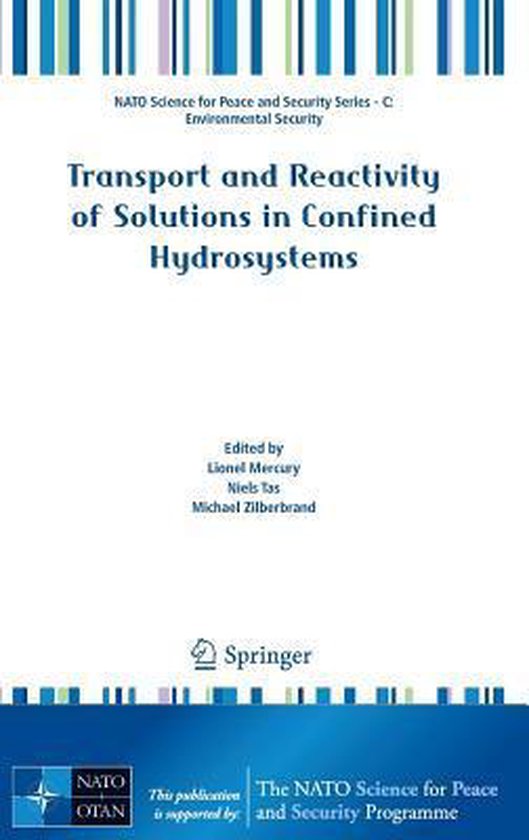 The present work reflects a multi-disciplinary effort to address the topic of confined hydrosystems developed with a cross-fertilization panel of physics, chemists, biologists, soil and earth scientists. Confined hydrosystems include all situations in natural settings wherein the extent of the liquid phase is limited so that the solid-liquid and/or liquid-air interfaces may be critical to the properties of the whole system. Primarily, this so-called residual solution is occluded in pores/channels in such a way that decreases its tendency to evaporation, and makes it long-lasting in arid (Earth deserts) and hyper-arid (Mars soils) areas. The associated physics is available from domains like capillarity, adsorption and wetting, and surface forces. However, many processes are still to understand due to the close relationship between local structure and matter properties, the subtle interplay between the host and the guest, the complex intermingling among static reactivity and migration pathway. Expert contributors from Israel, Russia, Europe and US discuss the behaviour of water and aqueous solutes at different scale, from the nanometric range of carbon nanotubes and nanofluidics to the regional scale of aquifers reactive flow in sedimentary basins. This scientific scope allowed the group of participants with very different background to tackle the confinement topic at different scales. The book is organized according to four sections that include: i) flow, from nano- to mega-scale; ii) ions, hydration and transport; iii) in-pores/channels cavitation; iv) crystallization under confinement. Most of contributions relates to experimental works at different resolution, interpreted through classic thermodynamics and intermolecular forces. Simulation techniques are used to explore the atomic scale of interfaces and the migration in the thinnest angstrom-wide channels.