An Atlas of Selected Galaxies 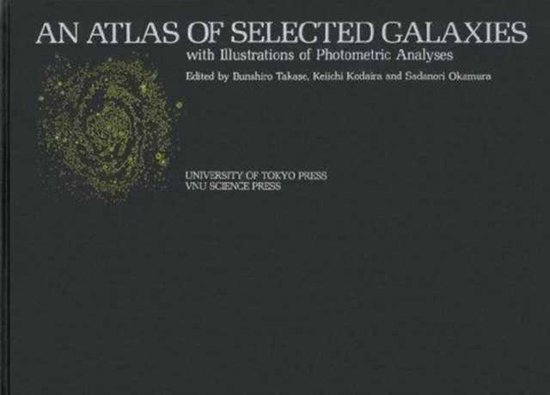 It is only several decades since galaxies were recognized as huge aggregations of matter in the universe which consist of myriads of stars and vast clouds of gas. The wide variety of shapes of galaxies is one of the wonders of the universe. Attempts to classify galaxies have continued since an early stage of study, when they were still called nebulae. The first step towards classification was a grouping of the patterns; the second step a systematic arrangement of various morphological types. Classification schemes that are in present use, such as Hubble's, are in the second group. These classifications are usually based on pattern recognition after a visual inspection of the photographic image of the galaxy, and is therefore qualitative and more or less subjective. Using surface photometry of galaxies, a technique which has advanced remarkably in recent years, photographs of galaxies taken in several colour bands can now be efficiently reduced to photometric data. Analysis of this data gives quantitative information on the luminosity and colour distribution for every element of galaxies. The Atlas of Selected Galaxies presents photographs taken with the Okayama 188 cm reflector and the Kiso 105 cm Schmidt telescope for the purpose of photometric analysis. A large number of illustration are given to demonstrate the way in which photographs of galaxies are reduced into quantitative data. These illustrations also show some representative results obtained in the course of the editors' work on the quantitative classification of galaxies. Part I, General Description of the Classification and Photometric Analyses, includes eight sections, whose authors all shared the photometric work and prepared the photographs. In Part II, The Atlas, the illustrations are arranged in sections corresponding to those in Part I. Part III includes tables of data for the atlas.