Side Effects of the Modernisation of the EU Competition Law 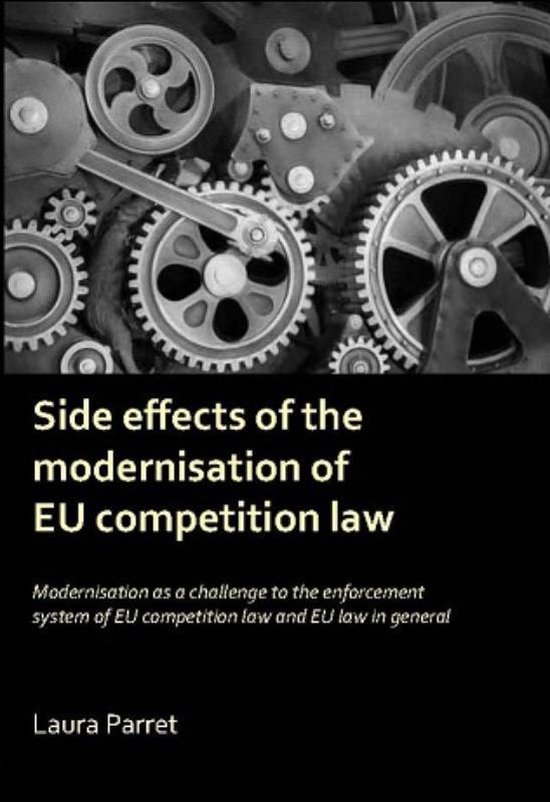 This book offers an investigation of several aspects of the so-called modernisation of EU competition law. It brings together a number of articles written between 2005 and 2010, supplemented by an overall analysis and forwarding looking conclusion.

Modernisation affected both the enforcement of competition law (the entry into Reg. 1/2003 and decentralisation), as well as the substantive application of the law (a more economical approach). Five subjects are dealt with in consequent chapters. They all touch on, sometimes unintended, but important side effects of modernisation. The first subject is the level of individual judicial protection offered by the EU courts. The second subject is the interstate trade clause which has acquired a new role after modernisation. The third subject is highly relevant in practice, namely the rules on proof in cartel cases. The book then goes on to examine the crucial issue of the objectives of EU competition law and, finally, devotes an article to the challenging question whether there is still a role for the principle of national procedural autonomy and what effectiveness really still requires now in terms of further harmonisation of national procedures. In a substantial last chapter, the different essays and articles are drawn together and a number of fundamental issues are addressed: the relationship between competition policy and the internal market, the pressures put on the institutional and procedural framework by substantive modernisation, the difficult relationship between decentralisation, convergence and consistency and the need for a sufficient system of judicial protection at the EU level.


Laura Parret worked as an attorney in Brussels from 1993 until 2007 and is now a member of the Belgian Competition Council. She lectures competition law and EU law at Tilburg University. She is a member of the Tilburg Law and Economics Center.