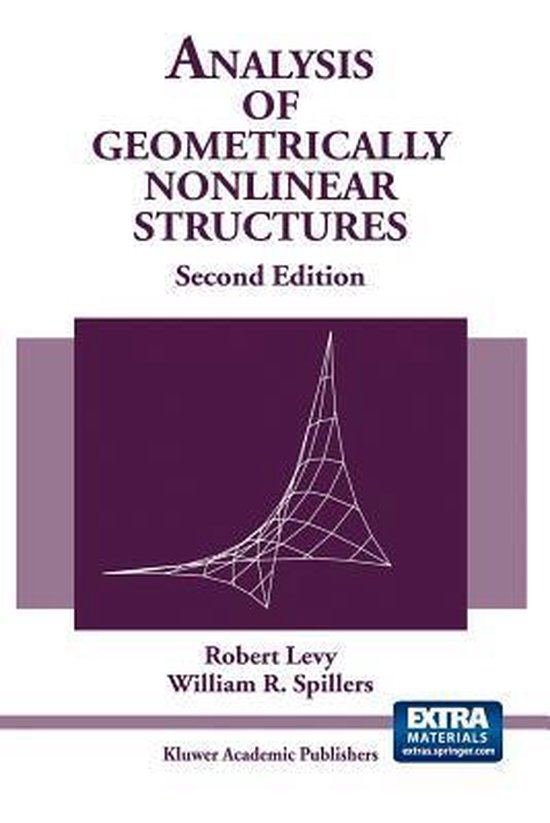 The availability of computers has, in real terms, moved forward the practice of structural engineering. Where it was once enough to have any analysis given a complex configuration, the profession today is much more demanding. How engineers should be more demanding is the subject of this book. In terms of the theory of structures, the importance of geometric nonlinearities is explained by the theorem which states that In the presence of prestress, geometric nonlinearities are of the same order of magnitude as linear elastic effects in structures. This theorem implies that in most cases (in all cases of incremental analysis) geometric nonlinearities should be considered. And it is well known that problems of buckling, cable nets, fabric structures, ... REQUIRE the inclusion of geometric nonlinearities. What is offered in the book which follows is a unified approach (for both discrete and continuous systems) to geometric nonlinearities which incidentally does not require a discussion of large strain. What makes this all work is perturbation theory. Let the equations of equilibrium for a system be written as where P represents the applied loads, F represents the member forces or stresses, and N represents the operator which describes system equilibrium.