From Phenomenology to Thought, Errancy, and Desire 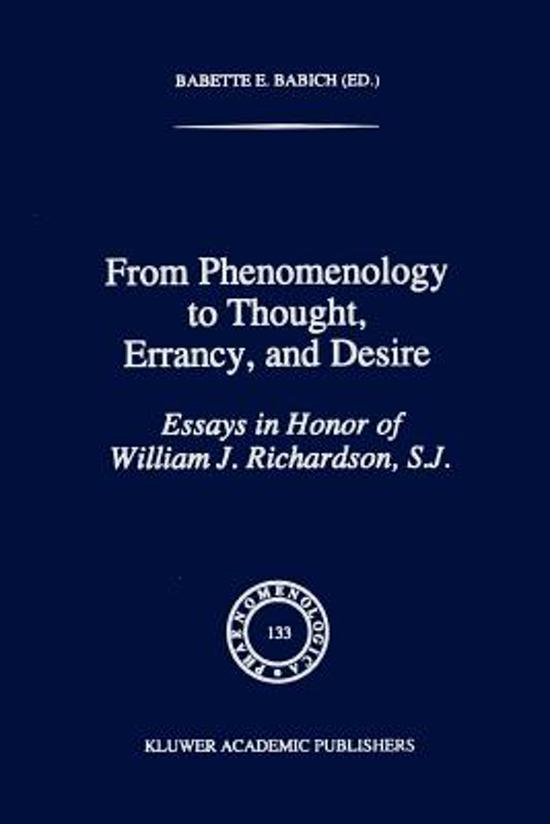 For both continental and analytic styles of philosophy, the thought of Martin Heidegger must be counted as one of the most important influences in contemporary philosophy. In this book, essays by internationally noted scholars, ranging from David B. Allison to Slavoj Zizek, honour the interpretive contributions of William J. Richardson's pathbreaking Heidegger: Through Phenomenology to Thought. The essays move from traditional phenomenology to the idea of essential (another) thinking, the questions of translation and existential expressions of the turn of Heidegger's thought, the intersection of politics and language, the philosophic significance of Jacques Lacan, and several essays on science and technology. All show the influence of Richardson's first study. A valuable emphasis appears in Richardson's interpretation of Heidegger's conception of die Irre, interpreted as Errancy, set in its current locus in a discussion of Heidegger's debacle with the political in his involvement with National Socialism.