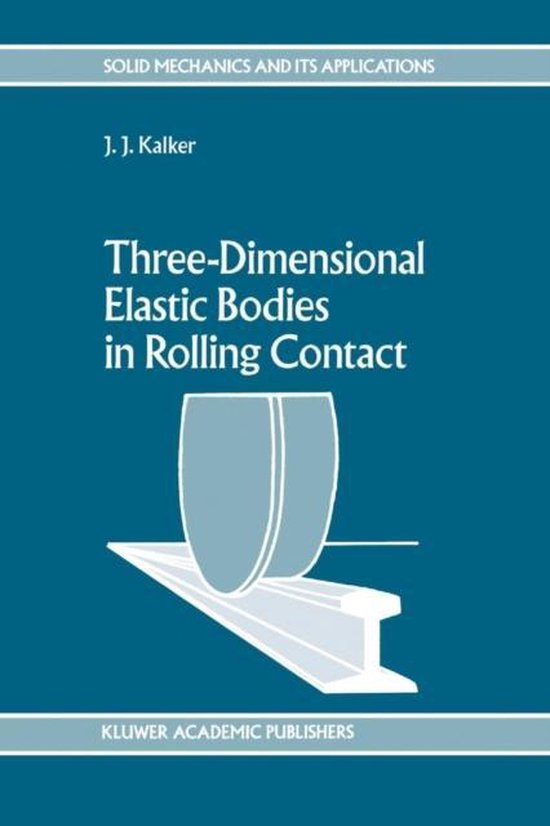 This book is intended for mechanicians, engineering mathematicians, and, generally for theoretically inclined mechanical engineers. It has its origin in my Master's Thesis (J 957), which I wrote under the supervision of Professor Dr. R. Timman of the Delft TH and Dr. Ir. A. D. de Pater of Netherlands Railways. I did not think that the surface of the problem had even been scratched, so I joined de Pater, who had by then become Professor in the Engineering Mechanics Lab. of the Delft TH, to write my Ph. D. Thesis on it. This thesis (1967) was weil received in railway circles, which is due more to de Pater's untiring promotion than to its merits. Still not satisfied, I feit that I needed more mathe matics, and I joined Professor Timman's group as an Associate Professor. This led to the present work. Many thanks are due to G. M. L. Gladwell, who thoroughly polished style and contents of the manuscript. Thanks are also due to my wife, herself an engineering mathematician, who read the manuscript through critically, and made many helpful comments, to G. F. M. Braat, who also read an criticised, and, in addition, drew the figures together with J. Schonewille, to Ms. A. V. M. de Wit, Ms. M. den Boef, and Ms. P. c. Wilting, who typed the manuscript, and to the Publishers, who waited patiently. Delft-Rotterdam, 17 July 1990. J. J.