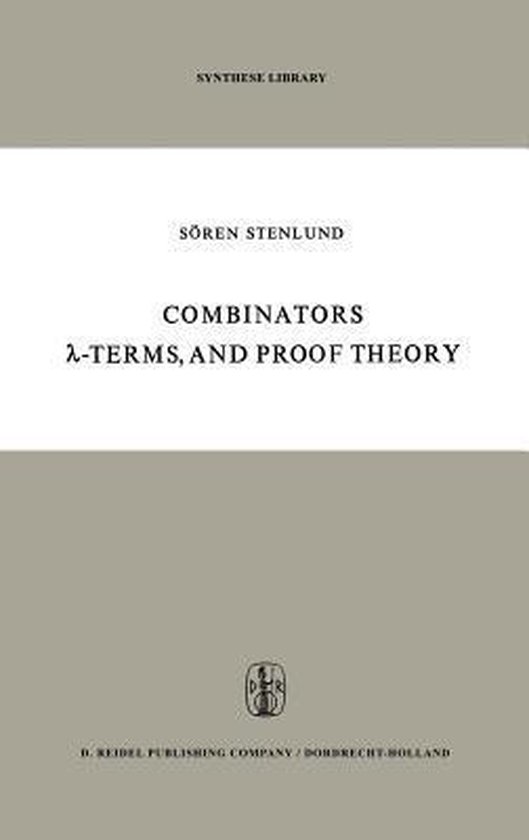 The aim of this monograph is to present some of the basic ideas and results in pure combinatory logic and their applications to some topics in proof theory, and also to present some work of my own. Some of the material in chapter 1 and 3 has already appeared in my notes Introduction to Combinatory Logic. It appears here in revised form since the presen- tation in my notes is inaccurate in several respects. I would like to express my gratitude to Stig Kanger for his invalu- able advice and encouragement and also for his assistance in a wide variety of matters concerned with my study in Uppsala. I am also in- debted to Per Martin-USf for many valuable and instructive conversa- tions. As will be seen in chapter 4 and 5, I also owe much to the work of Dag Prawitz and W. W. Tait. My thanks also to Craig McKay who read the manuscript and made valuable suggestions. I want, however, to emphasize that the shortcomings that no doubt can be found, are my sole responsibility. Uppsala, February 1972.