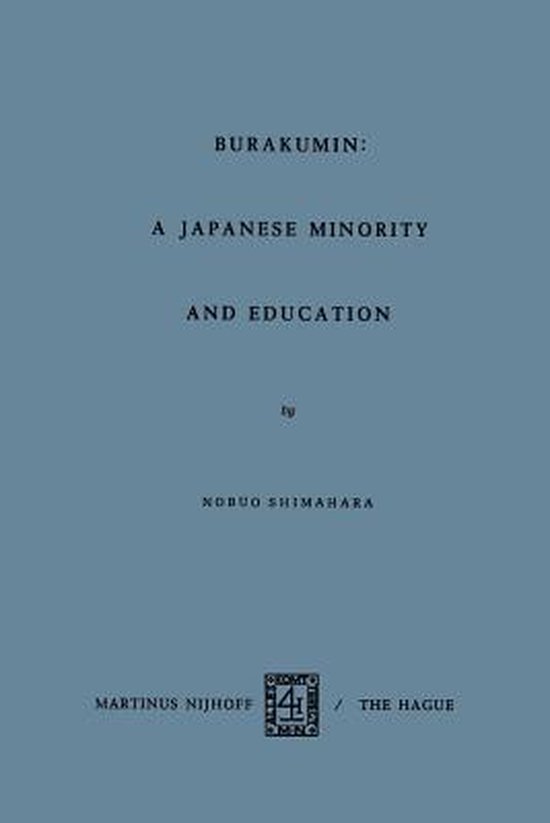 This is a profile of people known as Burakumin, a Japanese minority group with a history of many centuries. The Burakumin is an in visible race which, unlike the Negro and other races in America, lacks stigma of color or other physical distinctions. Not invisible is it other wise, for Burakumin are unlike the majority Japanese in a variety of cultural features historically derivative from discrimination and pre judice which Burakumin have long suffered. This study of Burakumin focused on the responses of two compulso ry schools to the problems of this minority group. Other research foci were integrated into this central concern of the study so as to provide a unified cultural perspective. Attention was given to such various aspects of Burakumin culture as: historical perspective, community life, struggles for emancipation, organizational activities, nature of prejudice and discrimination, attitudes and responses of non-Buraku min towards Burakumin. Education in its broadest sense is an indigenous cultural process by means of which the culture, whether literate or non-literate, can main tain its continuity; this process is widely woven into the complex fabric of man's life and his organized activities. Education in a formal sense, however, is institutionalized schooling engaged in cultural transmission and change. One of the practical advantages of studying education in an anthropological perspective is to treat it in the matrix of culture as education and culture relate to each other. The present study focused its attention upon formal education with only minor attention given to informal aspects.