Heidegger and Jaspers on Nietzsche 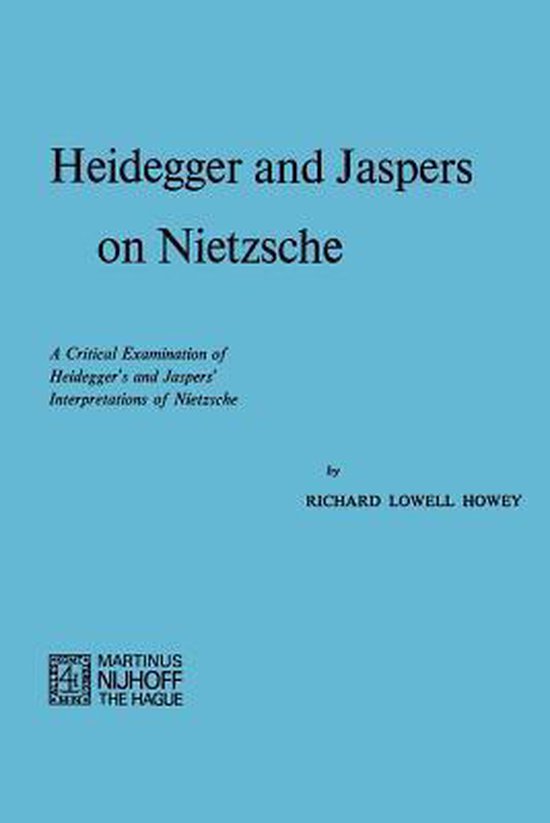 GENERAL PROBLEMS IN NIETZSCHE INTERPRETATION Every philosopher presents special problems of interpretation. With Nietzsche these problems are especially crucial. The very richness of Nietzsche's thought and expression becomes a trap for the incautious or imaginative mind. Perhaps the greatest temptation for the in terpreter of Nietzsche is to attempt to systematize his thought into a consistent whole. Any such attempt necessarily results in distortion, for there is a fluidity in Nietzsche's thought which does not lend itself to strict categorization. This is not to deny that there are certain organic patterns in his philosophy. These patterns emerge, however, as Jaspers correctly insists, only upon careful, critical comparison of pertinent passages drawn from the entire corpus of Nietzsche's works. No single passage can be taken as a definitive statement of Nietzsche's views of any particular subject. Frequently, by presenting two or three especially relevant quotations from the author being considered, the correctness of his interpretation. With Nietz a critic can support sche, however, such a procedure is inadequate, for in many cases other passages can be found which will support an alternative, if not oppo site, interpretation. Nor is this difficulty alleviated by vast compi lations of relevant passages, for then one could gain just as much, and quite likely more, from re-reading Nietzsche's works themselves.