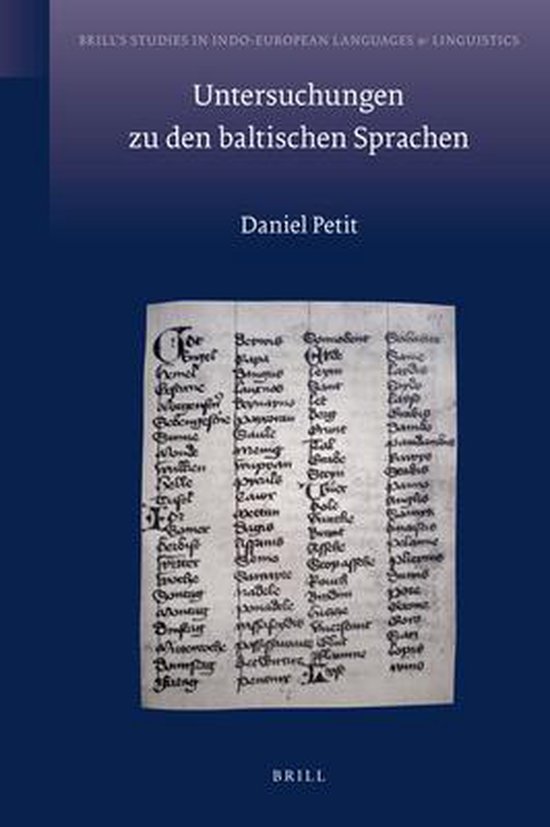 The Baltic languages (Lithuanian, Latvian, Old Prussian) are well known for their archaic structure, but their contribution to Indo-European linguistics has hitherto often been underestimated. The aim of this book is to give a thorough survey of some of the major issues of Baltic linguistics. It consists of five chapters, devoted, respectively, to the problems of Baltic dialectology, to the development of the Baltic accentual system, to the fate of the neuter gender in Baltic, to the reconstruction of the Baltic verbal system and, finally, to the syntax of clitic forms in Baltic.