Galileo and the Catholic Church 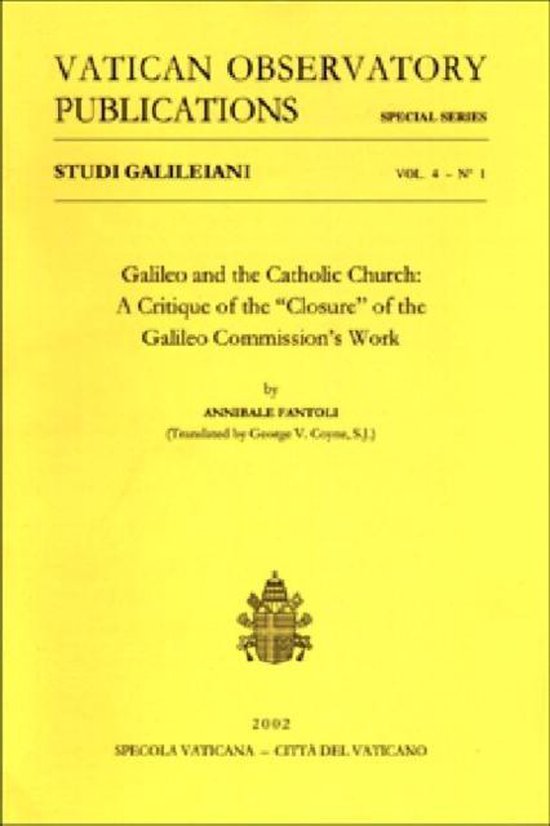 In this brief work, Annibale Fantoli examines the conclusions of the Catholic Church's most recent commission to study Galileo in the context of the Ptolemaic-Copernican controversy. The commission declared that the Galileo case has been a sort of myth in which the image fabricated out of the events was far removed from reality. According to the commission, the Galileo case was a symbol of the Church's supposed rejection of scientific progress, or of dogmatic obscurantism opposed to the free search for truth. This myth in turn enabled scientists to claim that there was an incompatibility between the rules of science and the Christian faith. Fantoli argues that the conclusions of the commission do not appear to have given an adequate answer to the question of how and why the myth of Galileo developed.