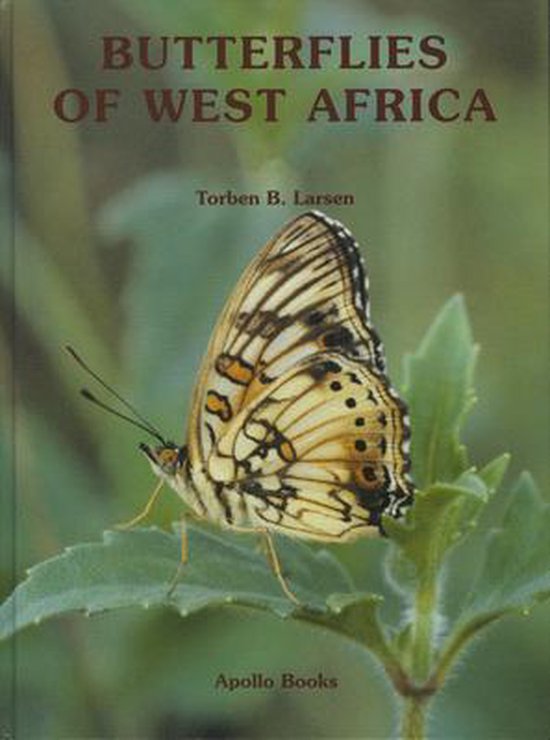 This book summarizes the available knowledge about the West African butterfliesâ??which number almost 1,500, in many cases with several subspecies. Its taxonomy and nomenclature are completely up-to-date. The book is by far the most in-depth treatment of any regional butterfly fauna in tropical Africa. An overview of the ecology and biogeography of the region is given in the introductory chapters and their affinities with those of Africa and the world as a whole are discussed. The systematic part and its 130 plates should allow for the confident identification of all West African butterflies. The book covers the 15 countries between Senegal and Nigeria, from the tropical rainforests to the edge of the Sahara desert, including: Mauritania,The Gambia, Senegal, Guinea-Bissau, Mali,Guinea, Sierra Leone, Liberia, Burkina Faso, CÃ´te d'Ivoire, Ghana, Togo, BÃ©nin, Nigeria, and Niger. For each species the following data are given: a) a list of countries from where they are known and of specific localities in the case of rare species; b) broad indications on how the species fits into the main ecological and biogeographical framework of West Africa; c) information on their main habitats and behavior; d) information on early stages and the larval hostplants; and e) the West African distributions are supplemented by an overview of their presence and subspecies in the rest of Africa (which includes numerous unpublished country records from all over the continent). In certain 'difficult' genera, such as the Iolausgroup, the genitalia of all taxa are illustrated. Genitalia drawings are especially frequent in the chapter on the Hesperiidae where many were never adequately illustrated previously. About 20 new species and subspecies are described in a separate appendix.