Of Fibre and Loom 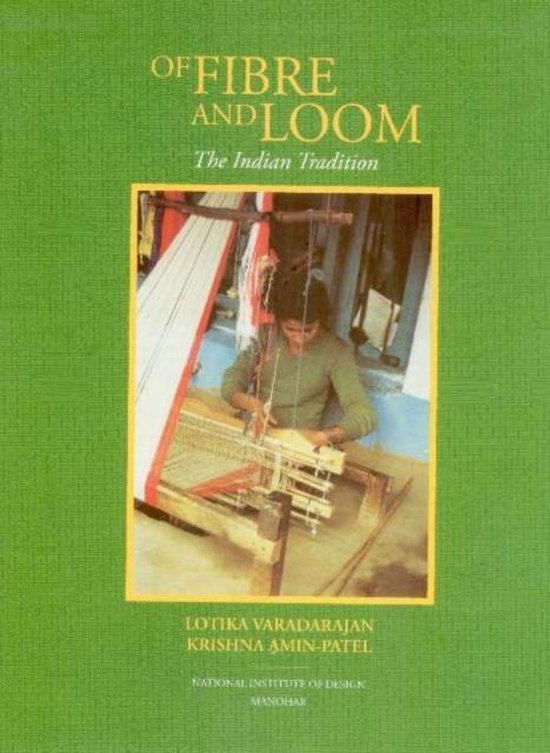 This is the product of collaborative work between a designer-weaver and an ethno-historian. It is through this joint research that the full range and depth of the textile tradition of the subcontinent is brought to view. Their mastery over the tools of technology and the discipline of ethno-history has created a synergy, which has allowed the development of a unique focus in the investigations highlighting little known facts relating to the shaping of Indian sensibility. The fibres covered include all varieties of silk, cotton in different counts, bast fibres such as ramie and jute as also animal fibres such as goat hair, camel hair and wool. The book begins with an exploration of the different kinds of looms, weaving mechanisms, the technology and processes involved before and after weaving, found in India. It then proceeds to trace the gradual refinements effected in loom technology, emphasising the changes that were brought about in the weaves, weave structure and pattern. The book also provides a detailed analysis of the products of the loom against a historical background of the various types of clothing and clothing accessories worn by men and women. The work closely knits the connections between loom technology, the variety of fibres used, the end product and the end user. This approach is bound to excite the interest both of ethnographers as well as textile historians. The loom is analysed as a cross-cultural artefact. This necessarily leads to an examination of the correlations in the interfacings between ecology, language and culture. From the wool weaving traditions of Kashmir, Kullu and Kinnaur to the Deccan horizons of Kanchipuram silks and from the Paithani repertoire to the Jamdani woven on the Yongkham loom of Manipur, this book is encyclopaedic in range. Illustrated with over 300 original photographs and line drawings of the loom and products, the book constitutes a unique study and is the only one of its kind so far published. Apart from its appeal to academia, the work will also prove useful to the trade, drawing the attention of the exporter no less than the collector. Published in association with National Institute of Design, Ahmedabad.