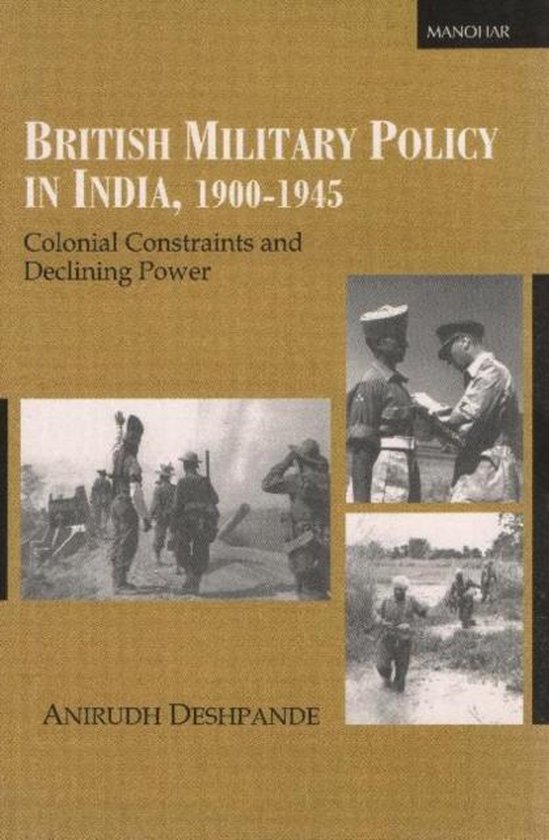 The decline of British imperialism had far-reaching colonial and post-colonial consequences. British policy and Indian history, for obvious reasons, unfolded in the foreground of this decline from 1900 onwards. This volume contextualizes crucial aspects of modern Indias military past. It contends that British imperialism, like all empires, declined due to its inherent contradictions. Managing the military affairs of the British Raj comprised a crucial element of these contradictions. While mentioning the challenges posed by Indias military system to British policy this volume highlights the tension between the imperatives of reform and the compulsions of economy and traditions felt both by the British and Indians involved in managing colonial military affairs. Between 1900 and 1939 the colonial Indian war machine could be refurbished only up to a point primarily because of the very system which had produced it. The significance of military reform and decolonization were first underscored by the Great War (1914-18) and subsequently even more by the Second World War (1939-45). This socio-political history of the colonial Indian military organization investigates why reform remained largely theoretical even as the British used Indian resources to defend a weakening empire through two World Wars. Ultimately World War II transformed the Indian armed forces but eventually, as this book asserts, this transformation worked against the British.