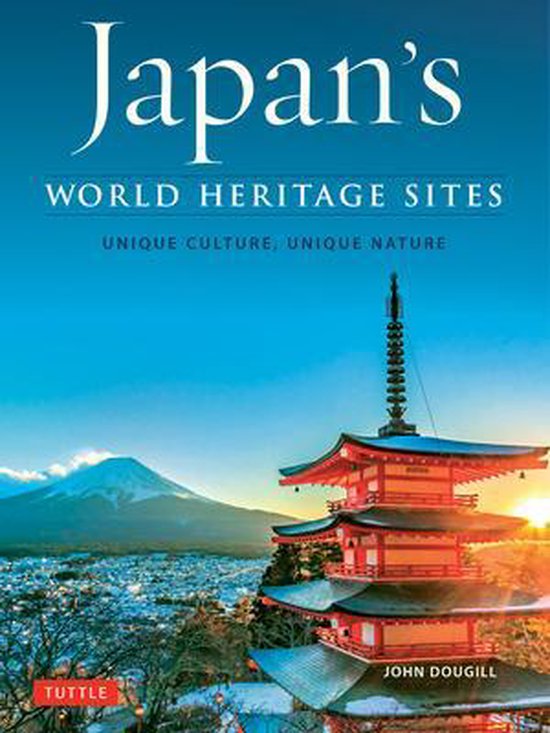 Japan's World Heritage Sites presents the exquisite temples, shrines, gardens, castles and natural wonders found throughout Japan which have now been declared UNESCO World Heritage Sites. This new edition has more convenient size and includes many newly-designated UNESCO sites including: Christian Sites in Nagasaki that tell the extraordinary story of Japan's Christians who continued to practice their faith in secret under penalty of death during Japan's feudal era; Meiji Industrial Sites which tell of the nation's rapid modernization during the Meiji period; The Munakata Shrine to seafaring deities on a forbidding island; The Tomioka Silk Mill which became a leader in Japan's export drive; The National Museum of Western Art, an architectural gem designed by Le Corbusier. Japan expert John Dougill personally travelled to each of these sites to research this book. He tells how his journey led him from the sub-Arctic island of Hokkaido to the sub-tropical islands of the Okinawan archipelago and beyond. Tag along as he describes each place in loving detail and talks about its special historical and cultural features, including: Mount Fuji, Japan's tallest and most sacred volcano. Located on Honshu Island near Tokyo, Mt. Fuji is considered the sacred centre of Japan; Himeji Castle, a monument from Japan's long feudal history. Also known as Egret Castle, because it looks like a bird taking off in flight; Horu-ji Temple, the world's oldest surviving wooden structure a centre of Buddhist learning that still serves as a seminary and monastery; The Hiroshima Peace Memorial or Atomic-Bomb Dome one of the few structures to partially survive the atomic blast in 1945; The Ogasawara Islands, a remote archipelago of over 30 islands including Iwo Jima, that is home to rare wildlife and spectacular scenery. Readers will learn how Japan became involved with the World Heritage Sites program back in 1993, the importance of these designations, and their popularity in Japan and abroad today. Whether you are planning to travel to Japan or just enjoy learning more about this history of this unique land, Japan's World Heritage Sites is sure to inspire.