Development of an Illumination Simulation Software for the Moon's Surface 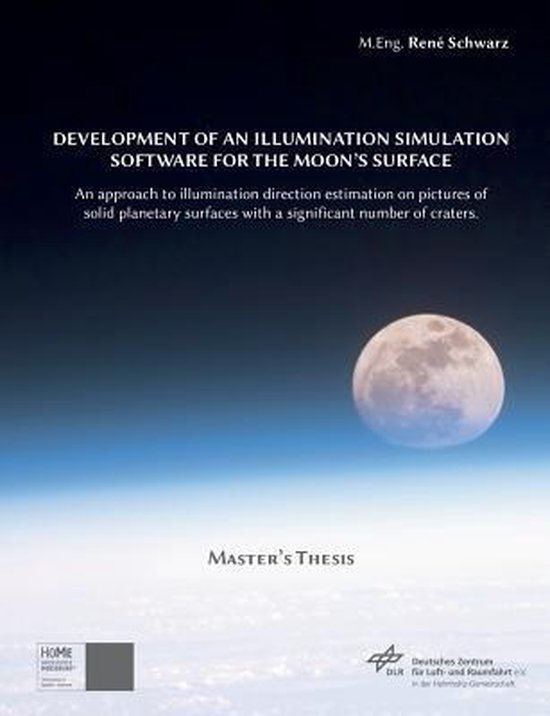 The German Aerospace Center (DLR) is developing a new, holistic optical navigation system for all stages of spacecraft planetary approach and landing procedures. The central feature of this new navigation system is its landmark-based navigation. Commonly, craters are used as landmarks, as they exhibit very characteristic shapes and they are stable over the long term with respect to shape, structure and positioning. However, the flawless perception of these surface features by computers is a non-trivial task. A possibility of generating realistic surface images of celestial bodies with a significant number of craters and with well-known local illumination conditions is essential for the development of new navigation algorithms, as well as a technique for estimating the local illumination direction on these images. To date, no software exists to generate artificial renderings of realistically illuminated planetary surfaces while determining the local solar illumination direction. Having said this, a surface illumination simulation software for solid planetary surfaces with a significant number of craters has been developed within a master's thesis at the Merseburg University of Applied Sciences and the German Aerospace Center (DLR), whereas all work has been done in the context of the Moon. This software, the Moon Surface Illumination Simulation Framework (MSISF), is the first software known to produce realistic renderings of the entire Moon's surface from virtually every viewpoint, while simultaneously generating machine-readable information regarding the exactly known parameters for the environmental conditions, such as the local solar illumination angle for every pixel of a rendering showing a point on the Moon's surface. To produce its renderings, the MSISF maintains a global digital elevation model of the Moon, using the latest data sets from the ongoing NASA Lunar Reconnaissance Orbiter mission. The MSISF has also demonstrated its ability to not only produc