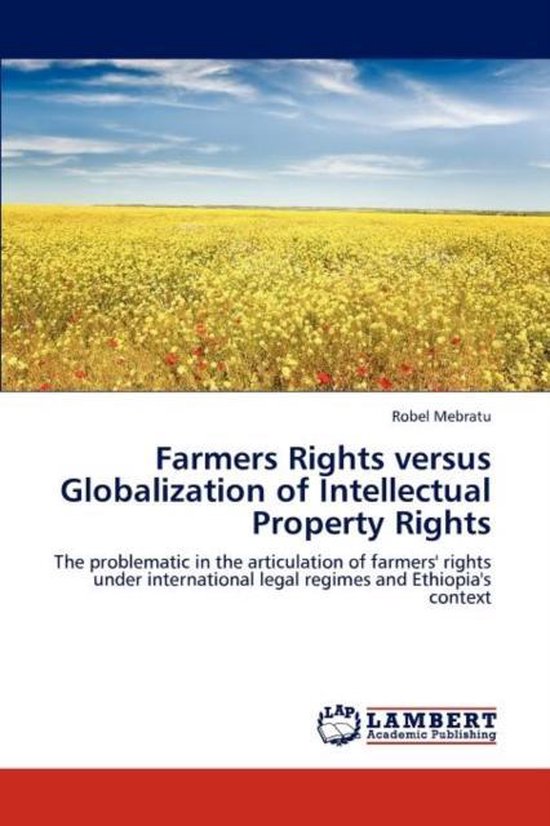 Intellectual property right is among the key areas that have attracted the attention of globalization and its globalizing forces while at the same time severely impacting upon sections of societies that are not direct beneficiaries of globalization. Patents or other forms of intellectual property rights over plant genetic resources joined the spectrum of patentable subject maters with the globalization of such rights through a shift of regime under the UN system to a stronger regime under the WTO system. Counter measures were underway by several developing countries in other international regimes among which was, farmers' rights movement. Hence, this book addresses the potential in the articulation of farmers' rights as a counter limit to globalization of intellectual property rights in particular to plant genetic resources. It takes the context of Ethiopia on the verge of the Country's decision to join the WTO while remaing a biggest advocate of farmers' rights.