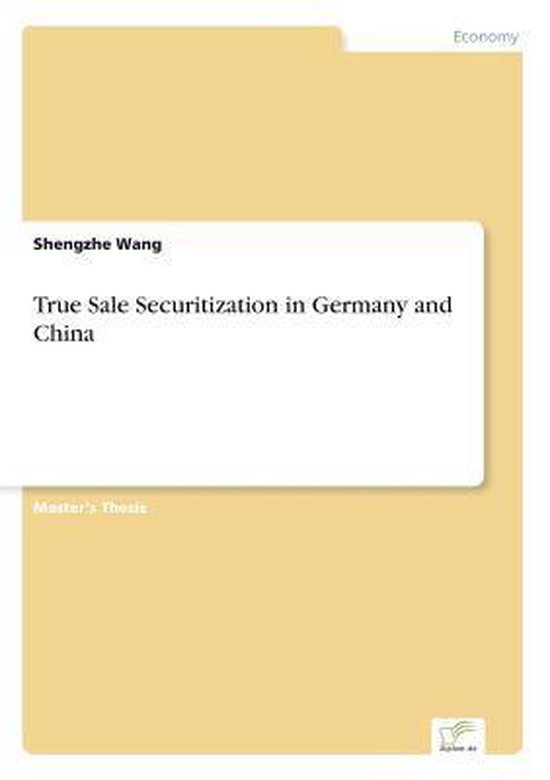 Inhaltsangabe: Abstract: The Master thesis for LL.M. at Goethe university's ILF titled True Sale Securitization in Germany and China is a comparative study about true sale securitization. The initial reason for a comparative study was the similarity of banking centred financial systems in these two countries. Another reason is connected with the True Sale Initiative (TSI), a plan composed by major German banks aiming at improving their financial situation. German banks start to be plagued by the non-performing loans (NPLs) since 2001 due to mediocre performance of German corporations and depreciation of banks' investment to the east part during 1990s. Facing the competitions from other countries and under pressures from the International Convergence of Capital Measurement and Capital Standards: a Revised Framework (Basel II) issued by the Basel Committee on Banking and Supervisory Practice (Basel Committee) at the Bank for International Settlements, the German banks employed the TSI as one part of the bigger financial reform to regain competition in Europe and worldwide. December 2004, the first true sale securitization was successfully constructed in Germany after German federal government changed some of its formerly unfriendly legal, taxation and accounting rules. The German experiences with TSI can shed some light into how China to develop its asset-backed securities (ABS) market in order to save its heavy NPLs-burdened banks and find alternative funds for its corporations. Although securitization might be a possible solution, the Chinese current legal system and market infrastructure prevents it from fully utilizing this modern financing technique. What China can learn from Germany's experiences is, that a special securitization law is preferred to amending each relevant laws and rules in order to get rid of legal barriers and contradictions for true sale securitizations. In addition, strong governmental supports will facilitate and accelerate the process"