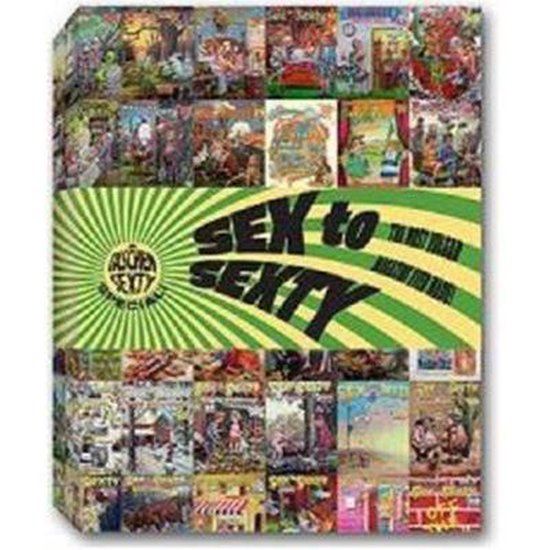 Some call it the most vulgar magazine ever made; others see it as the last honest compendium of American sexual humor, starting just as the sexual revolution was expanding minds and stomping taboos, and ending when political correctness made all such humor socially unacceptable. Whatever your stance, the magazine Sex to Sexty was and is an outrageous collection of dirty jokes and cartoons published from 1965 to 1983 by Texas entrepreneur John Newbern, whose life was lifted straight from the pages of his publication. His partner in crime against good taste was hillbilly artist Pierre Davis, who created elaborate oil painted covers for each issue that celebrate every permutation of manly humor. No topic was safe from the lowbrow wit of these two men and the cartoonists they recruited to preserve what they called the True Jokelore of America . Sex to Sexty reproduces all 198 covers of the magazine and many of the original paintings that adorned them. Then, in the first in-depth analysis of American sexual humor, author and editor Dian Hanson categorizes the great themes revealed by the thousands of cartoons and jokes into spreads with titles like Stinkfinger, Incest on the Best, Cannibal Cuisine, and I Love Ewe!. Raw, irreverent, uncensored and all-American, Sex to Sexty spares no gender, sexual preference, ethnic orientation, or hygienic dysfunction in bringing you what the magazine's original publisher called the World's Largest Accumulation of He-Man Robust Humor in the World. Special fold-out dust jacket shows every cover image and unfolds to reveal a poster of a never before seen, unreleased Sex to Sexty cover originally deemed too tasteless by the magazine's publisher, but definitely suitable for framing in your bar, rumpus room or bathroom .