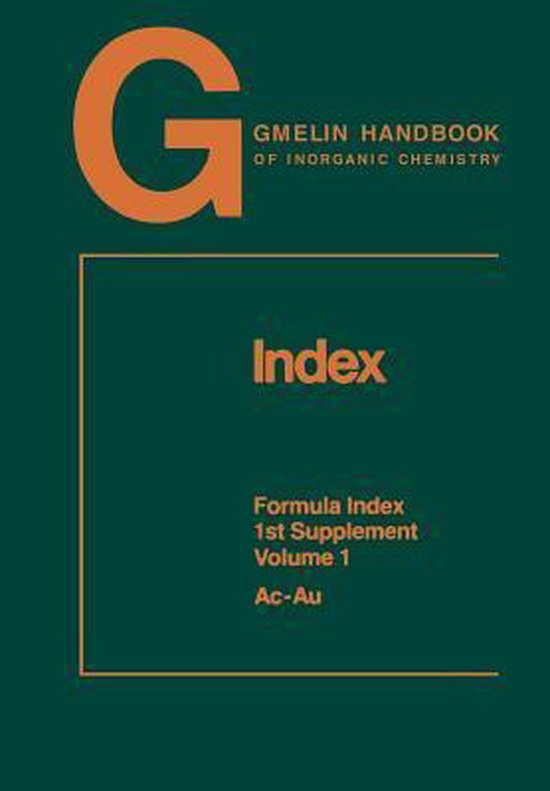 The GmeLin FormuLa Index published between 1975 and 1980 covered aLL voLumes of the Eighth Edition of the GmeLin Handbook that had appeared up to the end of 1974 in the case of Main VoLumes and up to the end of 1973 in the case of SuppLement VoLumes. The GmeLin FormuLa Index, First SuppLement, continues from there and covers the handbook voLumes published up to the end of 1979. This First SuppLement wiLL consist of eight voLumes, which wiLL appear at intervaLs of four to six months. The basic structure of the FormuLa Index has been fully retained in the First Supplement: The index Lists aLL eLements, compounds, ions, and systems having definite composition that are described in the handbook text. The first coLumn gives the empiricaL formuLa, whiLe the second gives the conventionaL formuLa. The third coLumn Lists the pertinent pages. (The detaiLs are avaiLabLe in Instructions for the FormuLa Index , on the next pages. ) This First SuppLement was prepared and printed with extensive use of computers. In the future this wiLL allow publication of cumuLative indexes. The procedures were worked out together with the TechnicaL Section of the Gesellschaft fUr Information und Dokumentation mbH (GID), Frankfurt, and I take this occasion to thank them for their generous help. I wouLd aLso Like to thank our printers, Universitatsdruckerei H. SWrtz AG, WOrzburg, for their advice and cooperation.