Gandhi's perception on the principle of Truth-philosophical appraisal 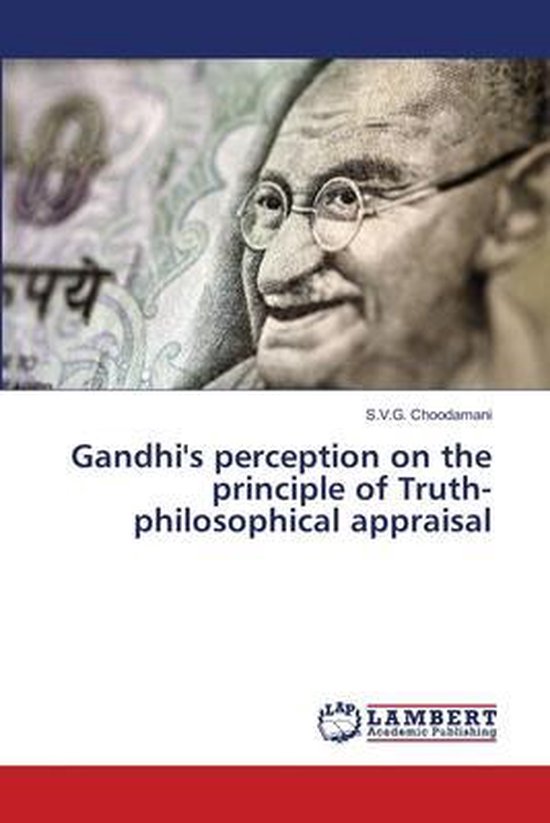 Mahatma Gandhi was a greatest teacher of the 20th century, who humanized the human race. Gandhi philosophy was simple and constructive. Gandhian philosophy is based on human values both moral and spiritual. Truth is the first fundamental principle of ethical code of Gandhi. According to Gandhi, Truth is the basis of life at all levels. He had sub-titled his autobiography as the, "My Experiments with Truth," and he remained a life-long seeker of Truth. The practice of truth was the highest aim of Gandhi. This book is divided in to five chapters. The first chapter deals with the philosophical foundations of Truth in Indian philosophy. The second chapter is about the Gandhi's views on cardinal virtues. The third chapter deals with the Gandhi's views on principle of Truth. The fourth Chapter discusses the Relation between Truth and Satyagraha. The fifth chapter projects the relation between Truth and Non-violence. According to Gandhi Truth and Non-violence are applicable in legislatures, in politics and worldly affairs. The core of Gandhian philosophy is Truth and Non-violence. This book helps to know the origin and importance of Truth in the Vedas, the Upanishads and the Epics.