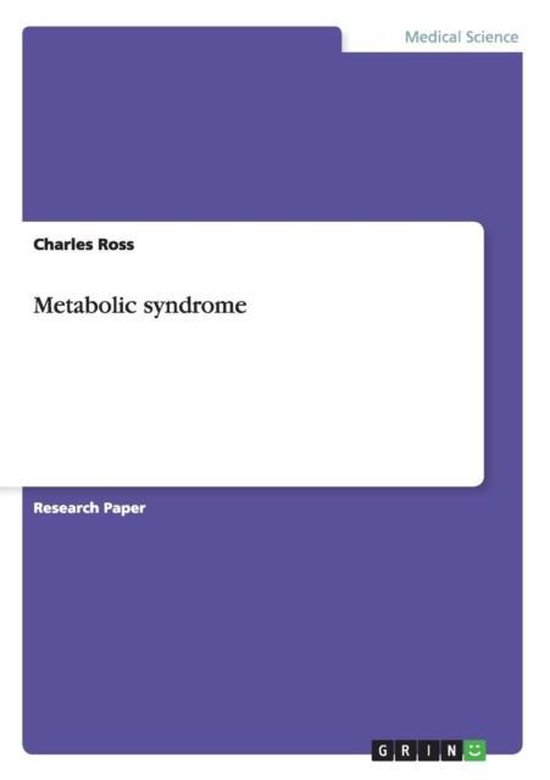 Research Paper from the year 2010 in the subject Medicine - Public Health, The University of Chicago, language: English, abstract: Formerly known as Problem X or Blood insulin Proof Problem, Metabolic syndrome is a number of metabolic risks, which can lead to one having high chance of creating heart problems, heart stroke, side-line general illness, and type-2 diabetic issues (Hurst pg. 86,2010. Detecting metabolic syndrome is a process that has been the middle of questionable conversation by Healthcare groups such as the World Health Organization (WHO), and other physicians. Conversations such as analytic requirements and therapy continue to cause warmed controversy due to the complexness of the actual cause of the differential analysis, but insulin level of resistance and being overweight are considered key elements (Calhoun, pg.90, 2011). In 1999, the World Health Organization described metabolic syndrome as, insulin level of resistance, sugar intolerance or incapacity, and being overweight. Later, in 2006, the Western Team for the Research of Blood insulin Resistance described metabolic syndrome by using going on a fast blood sugar stages to determine insulin level of resistance and provided factors for high blood pressure, triglyceride stages, HDL-C stages, and central being overweight by calculating hips area. In more recent reports, cultural background and genes play an essential part for the analysis of metabolic syndrome (Weiss, pg. 87, 2012). Another study conducted by the National Cholesterol Education Program Third Adult Treatment Board modified in 2005, set five specific requirements and cutoffs than previously described (Byrne, pg97, 2011). Healthcare experts nationwide use this standard as a basis to identify a person with metabolic syndrome if three of the five requirements are met