The Theory of Matrices 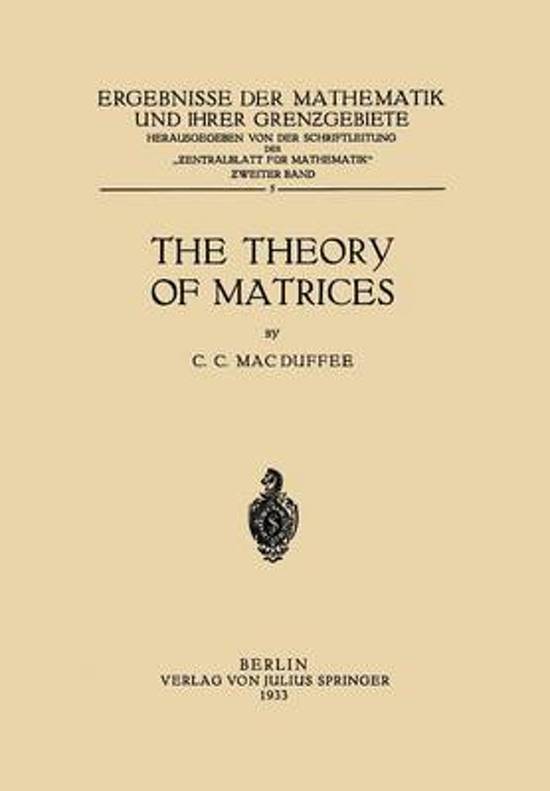 Matric algebra is a mathematical abstraction underlying many seemingly diverse theories. Thus bilinear and quadratic forms, linear associative algebra (hypercomplex systems), linear homogeneous trans- formations and linear vector functions are various manifestations of matric algebra. Other branches of mathematics as number theory, differential and integral equations, continued fractions, projective geometry etc. make use of certain portions of this subject. Indeed, many of the fundamental properties of matrices were first discovered in the notation of a particular application, and not until much later re- cognized in their generality. It was not possible within the scope of this book to give a completely detailed account of matric theory, nor is it intended to make it an authoritative history of the subject. It has been the desire of the writer to point out the various directions in which the theory leads so that the reader may in a general way see its extent. While some attempt has been made to unify certain parts of the theory, in general the material has been taken as it was found in the literature, the topics discussed in detail being those in which extensive research has taken place. For most of the important theorems a brief and elegant proof has sooner or later been found. It is hoped that most of these have been incorporated in the text, and that the reader will derive as much plea- sure from reading them as did the writer.