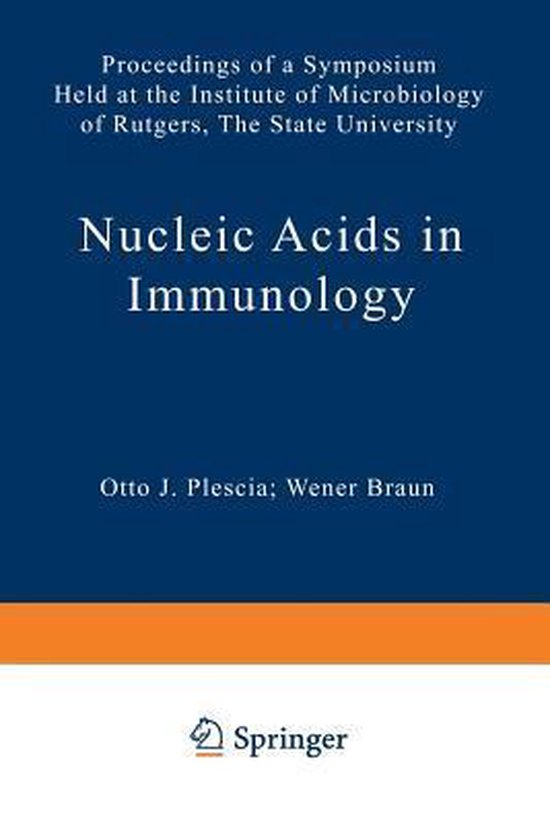 Two fields have played a leading role in biomedical research in recent years, the biochemistry of nucleic acids and immunology. Yet, with the exception of those aspects which have been concerned with antibody synthesis as an example of protein synthesis, there was until recently a lack of direct association between the two fields. Until quite recently the antigenicity of nucleic acids was still in doubt and indeed represented a controversial subject. Also, the exact role of the various nucleic acids in various stages of antibody synthesis was uncertain. These skepticisms and uncertainties disappeared rapidly in the last few years. New experi- mental approaches brought the realization that nucleic acids, under appropriate conditions, are indeed immunogenic, and that the resulting antibodies can furnish new tools for the exploration of the mplecular structure of the all-important family of nucleic acid molecules. ' At the same time, the recognition of the antigenicity of nucleic acids brought a new level of understanding to certain auto-immune diseases and pro- vided new material for the exploration of the role of a carrier in immune responses. Side by side with this development was the almost explosive development of new experimental approaches and new ideas pertaining to the problem of antibody formation. Nucleic acids in their various forms were recognized as playing an expected major role in the activation of antibody-forming cells. Perhaps less to be expected was the role they can playas non-specific stimulators of antibody formation.