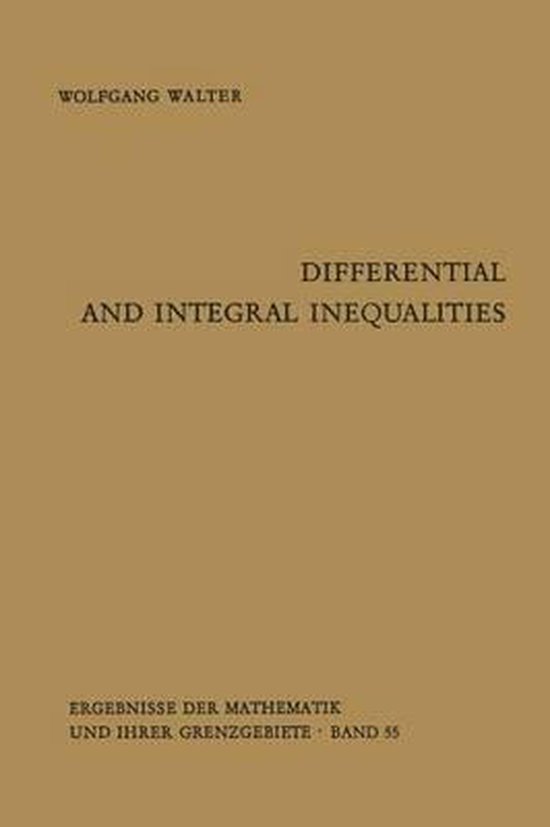 In 1964 the author's mono graph Differential- und Integral-Un gleichungen, with the subtitle und ihre Anwendung bei Abschatzungs und Eindeutigkeitsproblemen was published. The present volume grew out of the response to the demand for an English translation of this book. In the meantime the literature on differential and integral in equalities increased greatly. We have tried to incorporate new results as far as possible. As a matter of fact, the Bibliography has been almost doubled in size. The most substantial additions are in the field of existence theory. In Chapter I we have included the basic theorems on Volterra integral equations in Banach space (covering the case of ordinary differential equations in Banach space). Corresponding theorems on differential inequalities have been added in Chapter II. This was done with a view to the new sections; dealing with the line method, in the chapter on parabolic differential equations. Section 35 contains an exposition of this method in connection with estimation and convergence. An existence theory for the general nonlinear parabolic equation in one space variable based on the line method is given in Section 36. This theory is considered by the author as one of the most significant recent applications of in equality methods. We should mention that an exposition of Krzyzanski's method for solving the Cauchy problem has also been added. The numerous requests that the new edition include a chapter on elliptic differential equations have been satisfied to some extent.