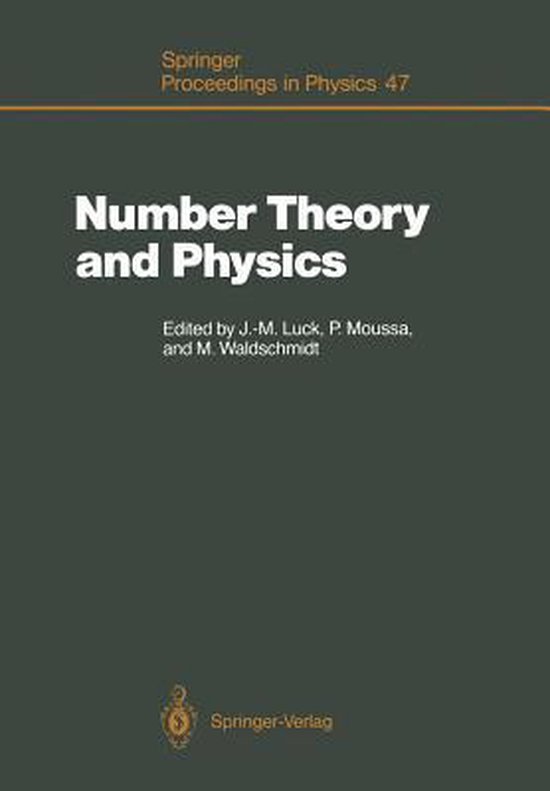 7 Les Houches Number theory, or arithmetic, sometimes referred to as the queen of mathematics, is often considered as the purest branch of mathematics. It also has the false repu tation of being without any application to other areas of knowledge. Nevertheless, throughout their history, physical and natural sciences have experienced numerous unexpected relationships to number theory. The book entitled Number Theory in Science and Communication, by M.R. Schroeder (Springer Series in Information Sciences, Vol. 7, 1984) provides plenty of examples of cross-fertilization between number theory and a large variety of scientific topics. The most recent developments of theoretical physics have involved more and more questions related to number theory, and in an increasingly direct way. This new trend is especially visible in two broad families of physical problems. The first class, dynamical systems and quasiperiodicity, includes classical and quantum chaos, the stability of orbits in dynamical systems, K.A.M. theory, and problems with small denominators , as well as the study of incommensurate structures, aperiodic tilings, and quasicrystals. The second class, which includes the string theory of fundamental interactions, completely integrable models, and conformally invariant two-dimensional field theories, seems to involve modular forms and p adic numbers in a remarkable way.