The Pathology of the Endocrine Pancreas in Diabetes 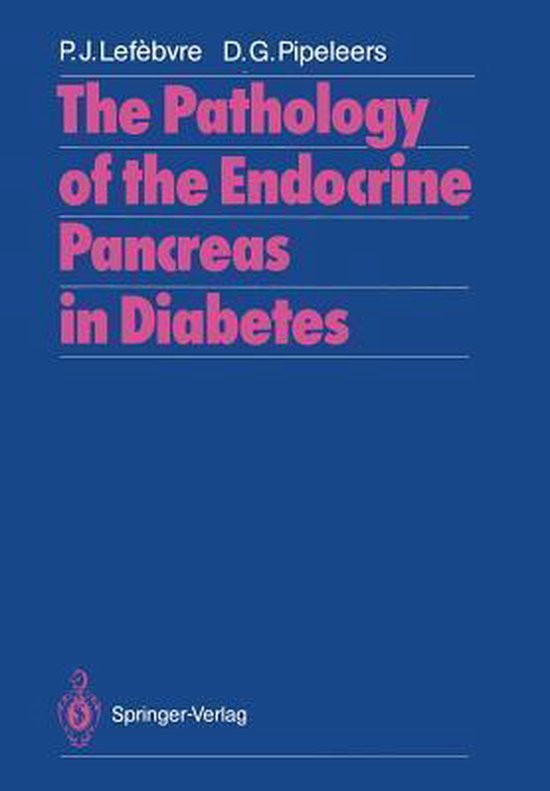 Diabetes mellitus represents one of the most frequent and serious clinical syn dromes in contemporary medicine. Since the end of the nineteenth century, the endocrine pancreas has been implicated in the pathogenesis of this disease. Several pathologists of the twentieth century detected various lesions and mor phologic alterations in the pancreatic islets of diabetic patients, but the patho physiologic basis of their findings remained long obscure. The systematic mi croscopic work of WILLY GEPTS clarified the views and related the variety in histopathology to differences in origin, duration and clinical expression of the disease. Over the past two decades, the concept of a multifactorial origin of diabetes has become widely accepted. Various agents and mechanisms have been identified which can lead to a quantitative or qualitative deficit in pancre atic B-cells. The purpose of this book is to bring an update on the many path ways which may induce an absolute or relative insufficiency in insulin release and hence a diabetic state. Rather than bringing a complete account on all re search relevant to the understanding of the pathology of the diabetic pancreas, the authors of the various chapters of this volume have focussed on selected processes which can impair B-cell function, survival or regeneration.