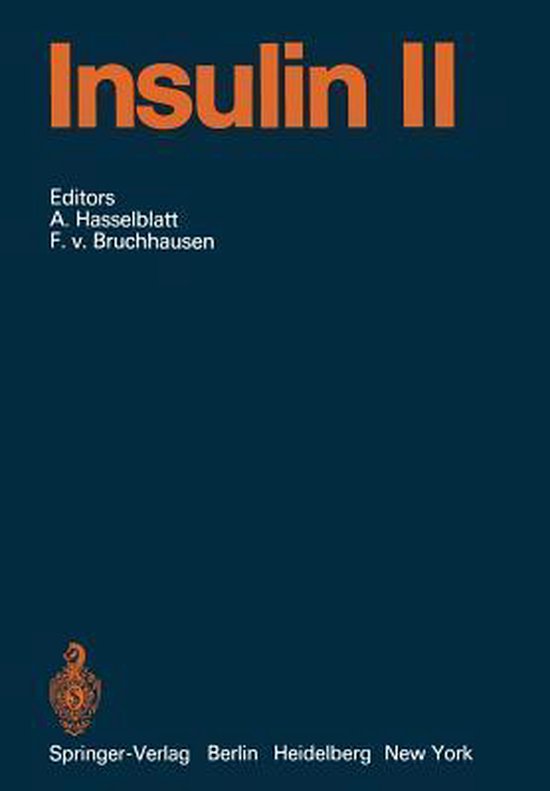 The present subvolume was assigned to other editors than those of the first part, which may also serve to explain the delay in publication. The compilation of a volume on insulin for the Handbook of Experimental Pharmacology appeared to us an enticing task, for two reasons in particular. Insulin has now been in use for 50 years and can be classified among the old established and almost sacrosanct drugs; for this very reason the knowledge of this hormone, its mode of action, and quality of effect demands special attention. No limitation on its use can yet be foreseen. Recent work on the formation, secretion and probable activity in the organism of a hormone like insulin, which is produced within the body, opens up prospects of penetrating the mysteries of both the work and the regulatory possibilities of this small drug factory within the organism, the pancreatic islet. It may be more than just coincidence that this peptide hormone was called after its place of fabrication. Furthermore, the work done on insulin has stimulated other studies for the assessment and elucidation of other hormonal systems. It was not the intention of the editors to compile all known effects of insulin in the present volume, as it was felt that such an attempt would result merely in a list of facts that would be of questionable value and certainly incomplete.