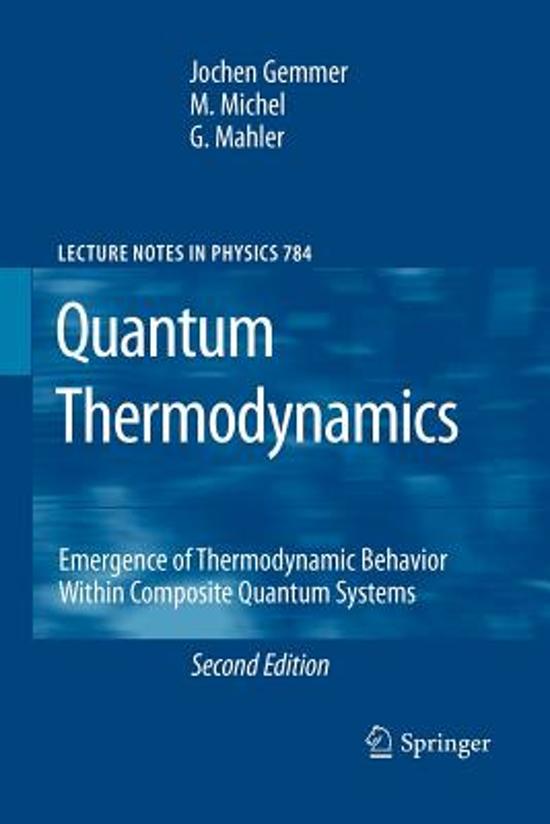 Over the years enormous effort was invested in proving ergodicity, but for a number of reasons, con?dence in the fruitfulness of this approach has waned. — Y. Ben-Menahem and I. Pitowsky [1] Abstract The basic motivation behind the present text is threefold: To give a new explanation for the emergence of thermodynamics, to investigate the interplay between quantum mechanics and thermodynamics, and to explore possible ext- sions of the common validity range of thermodynamics. Originally, thermodynamics has been a purely phenomenological science. Early s- entists (Galileo, Santorio, Celsius, Fahrenheit) tried to give de?nitions for quantities which were intuitively obvious to the observer, like pressure or temperature, and studied their interconnections. The idea that these phenomena might be linked to other ?elds of physics, like classical mechanics, e.g., was not common in those days. Such a connection was basically introduced when Joule calculated the heat equ- alent in 1840 showing that heat was a form of energy, just like kinetic or potential energy in the theory of mechanics. At the end of the 19th century, when the atomic theory became popular, researchers began to think of a gas as a huge amount of bouncing balls inside a box.