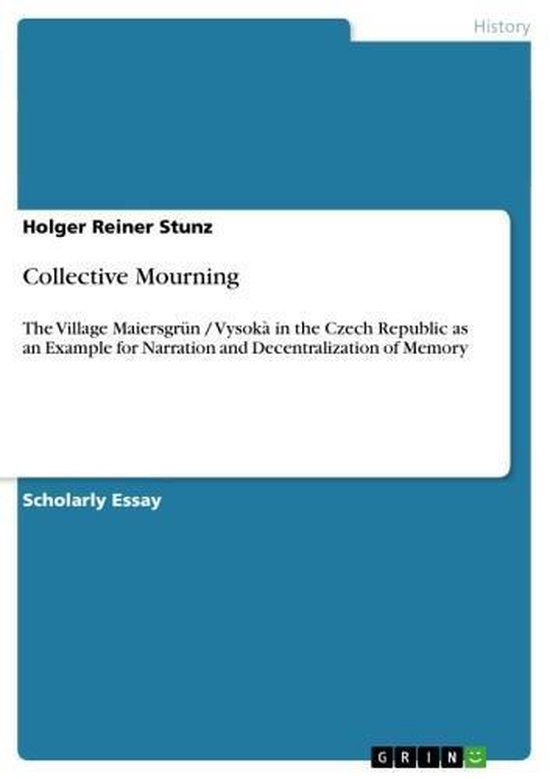 In the 20th century no decisive event left its mark on the people of Central Europe as much as the time of the Second World War. War, death, and the separation of families were sources of suffering that had-and have-to be integrated, to be repressed, to be understood, and to be remembered. I would like to make the focus of my discussion a village, its people, and their fates and memories. The pictures you will see, uncommented, in the next half hour are being shown with the ex-press permission of the surviving villagers and their Czech friends. I am compro-mising to a certain extent the usual standards of scholarship because my mother's family forms a part of the community about which I am reporting.
Here I want to examine two questions: How is the past of the village re-membered and how are these memories connected with the expulsion of its in-habitants and the village's subsequent fate? And how was memory constructed after 1990, and what forms does it take today?
To establish different levels of discourse, I'd like to diferentiate beetween the usage of the name Maiersgrün as a memory-designator and Vysokà, its official contemporary name. The village was a little spot on the border between Bohemia and Bavaria, the Sudetenland and the German Reich, between the Federal Repub-lic of Germany and Czechoslovakia. As a result of the Benes decree in the year 1946, all of its 700 inhabitants, as Sudeten Germans, were forced to leave and settled for the most part in the Western zones. Over the course of the decades the buildings in the village, located as it was in a restricted border area, became di-lapidated, so that today exactly five of the former 120 houses are still standing. The village no longer exists. On the basis of this village, which has a special status due to its exposed geographical location, I would like in a case study to attempt to trace the history of German suffering and German memory up to the present day.