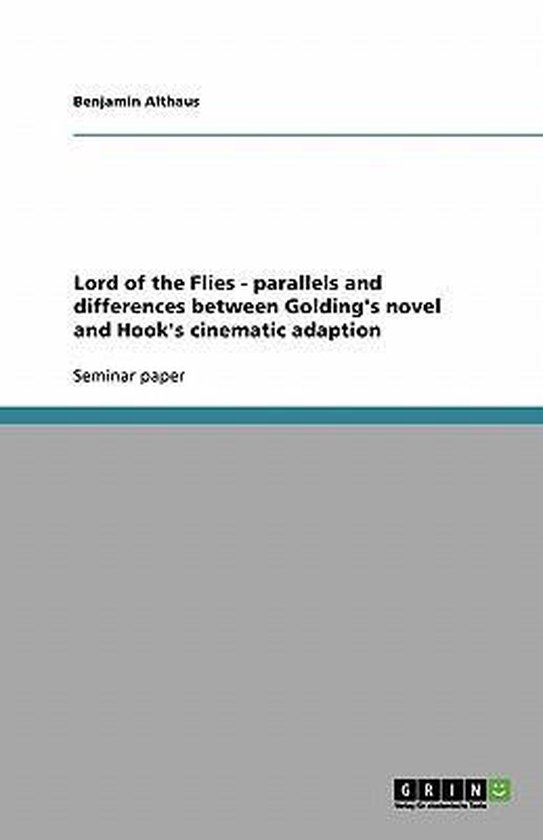 Seminar paper from the year 2005 in the subject English Language and Literature Studies - Literature, grade: 1.0, University of Cologne (Englisches Seminar), course: Cinematic (Re-) Creation, 26 entries in the bibliography, language: English, abstract: Lord of the Flies was first published in 1954 and from then on has been read by millions of pupils, students and adults. Today the book is still popular as it deals with a subject that is timeless and fundamental : the human struggle between civilisation and the savage instinct. The book is a fable showing how the inherent evil in man's nature threatens order in a society. Golding uses an allegorical story to illustrate this threat to civilisation. Because of it's timeless topic and because it is an ideal showcase for allegorical structure and literary analysis the novel has been dealt with in numerous school lessons and university courses. This paper gives an overview of some aspects of Lord of the Flies which are important for understanding the text and interpreting the film. I will first investigate how the characters are presented in the book and comment on some narrative aspects. I will then go on to discuss the role of the book as an anti-robinsonade in the historical context of the English novel. I will also point out some philosophical aspects of Lord of the Flies. I am going to focus on aspects of the view of human nature as argued by Thomas Hobbes in his book The Leviathan and contrast it against the philosophy of Jean Jacques Rousseau. Being one of the most successful English novels Lord of the Flies has been turned into a movie twice: One version is from 1963 in black and white by Peter Brook and a later one from 1992 by Harry Hook. Due to its better visual quality it is usually the latter one that is chosen to be shown in class by teachers. Unfortunately this version neglects some of the key aspects of the novel. The second part of this paper will investigate how this film has adapted Golding's novel and point out some of the shortcomings of this adaptation. I will concentrate on differences between the book and the movie. I am going to demonstrate how Hook presents his characters and how he treats symbols. Furthermore I will comment on some narrative features of the film. David Bordwell suggests a definition of 'narration' as 'the organization of a set of cues for the construction of a story' . I will investigate how Harry Hook organises these cues and how they are conveyed to the audience.