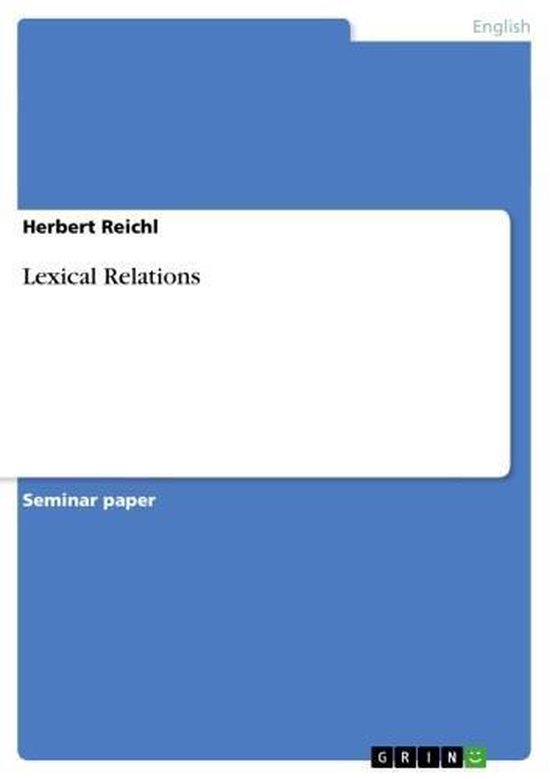 There is no doubt, also - and especially - among experts, that our mental vocabulary is highly organised. There are a lot of relations between the single words of a language and the meanings of these words, respectively. Among linguists, these relations are called 'semantic relations', 'sense relations' or 'lexical relations'. These semantic relations can be analysed and described for the most part, and in the following, the most important ones of these relations are to be presented.
In order to give a short, critical description of the state of the art, it must be said that there are lots of research projects on this topic. However, this paper can only include some of them. Literature which was used can be found under point six, 'List Of Works Cited'. Project delimitations have only been made as far as detail is concerned. Since this paper is only a very short piece of research, the authors have confined themselves not to go into too much detail, but rather try to give a good survey of the topic.
Lexical relations can be roughly divided into:
· Types of ambiguity (polysemy, homonymy)
· Types of congruence (synonymy, hyponymy, meronymy, relations of contrast)
· Lexical fields