The importance of the Ricardian theory of international trade 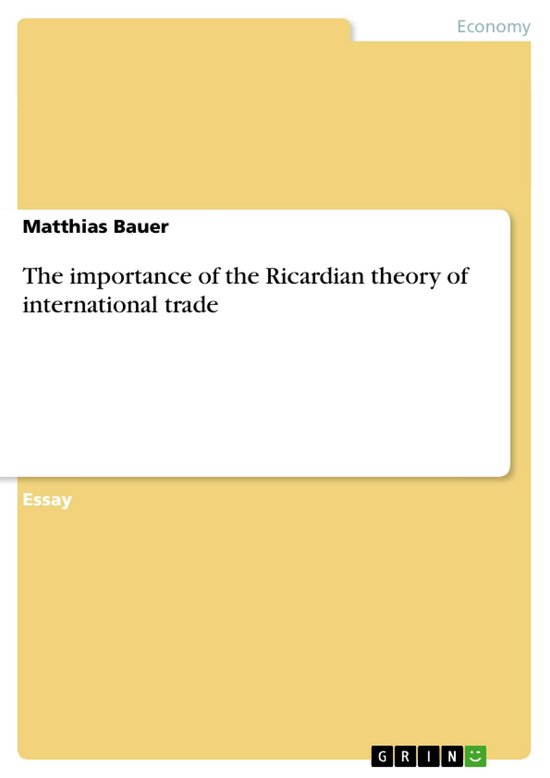 Does international trade generate benefits for a country? This question still causes controversion between economists, company leaders and policy makers all over the globe. Over two centuries ago the pioneer of classical economics, Adam Smith ex-pressed the following statement promoting trade between nations: 'If a foreign country can supply us with a commodity cheaper than we ourselves can make it, better buy it of them with some part of the produce of our own industry employed in a way in which we have some advantage.' (Smith, 1776, p. 457). Today, among other trade theories, the widely known Ricardian model of comparative advantage between economies is used by economists to explain how trade affects the prosperity of nations. Ricardo (1817) suggested that countries specializing in the production of the commodities in which they have a comparative advantage, can achieve higher standards of consumption and living by trading these goods with other countries.
Indeed, international trade has been rising steadily over the past decades. Propo-nents of Ricardo's theory argue that trade can create industries and jobs, particularly in less developed nations, and increase the spectrum of economic opportunities, such as innovation and entrepreneurship. The aim of the paper is to give a brief glace at the theoretical framework and the importance of the Ricardian theory of international trade.