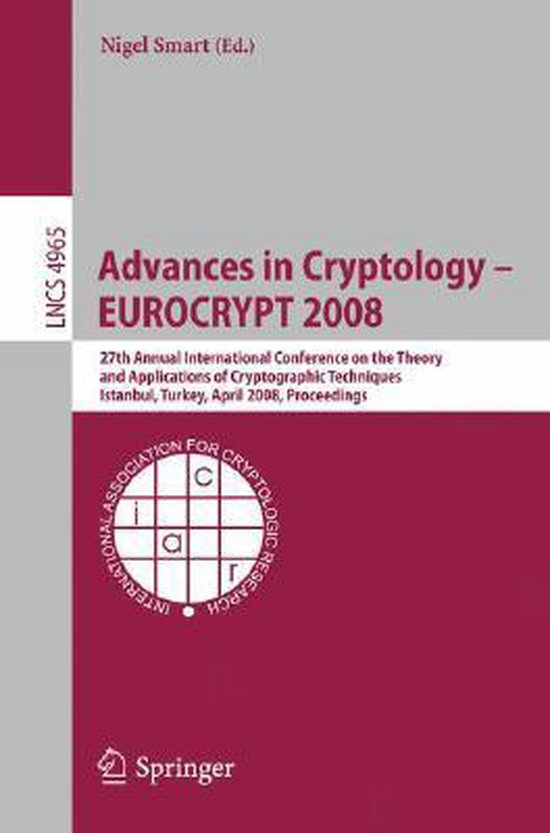 These are the proceedings of Eurocrypt 2008, the 27th Annual IACR Eu- crypt Conference. The conference was sponsored by the International Asso- ation for Cryptologic Research (www.iacr.org), this year in cooperation with Tubitak (www.tubitak.gov.tr). The Eurocrypt 2008 Program Committee (PC) consisted of 28 members whose names are listed on the next page. There were 163 papers submitted to the conference and the PC chose 31 of them. Each paper was assigned to at least three PC members, who either handled it themselves or assigned it to an external referee. After the reviews were submitted, the committee deliberated both online for severalweeks and?nally ina face-to-facemeetingheldinBristol. Papers were refereed anonymously, with PC papers having a minimum of ?ve reviewers. All of our deliberations were aided by theWeb Submission and- viewSoftware written and maintainedby Shai Halevi. In addition to noti?cation of the decision of the committee, authors received reviews; the default for any report given to the committee was that it should be available to the authors as well.