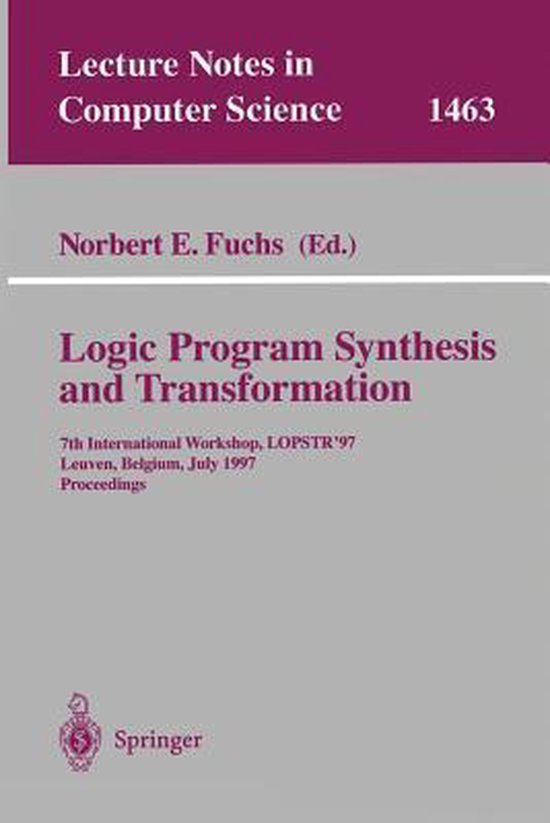 This volume contains the papers from the Seventh International Workshop on Logic Program Synthesis and Transformation, LOPSTR '97, that took place in Leuven, Belgium, on July 10-12, 1997, 'back to back' with the Fourteenth International Conference on Logic Programming, ICLP '97. Both ICLP and LOPSTR were organised by the K.U. Leuven Department of Computer Science. LOPSTR '97 was sponsored by Compulog Net and by the Flanders Research Network on Declarative Methods in Computer Science. LOPSTR '97 had 39 participants from 13 countries. There were two invited talks by Wolfgang Bibel (Darmstadt) on 'A multi level approach to program synthesis', and by Henning Christiansen (Roskilde) on 'Implicit program synthesis by a reversible metainterpreter'. Extended versions of both talks appear in this volume. There were 19 technical papers accepted for presentation at LOPSTR '97, out of 33 submissions. Of these, 15 appear in extended versions in this volume. Their topics range over the fields of program synthesis, program transformation, program analysis, tabling, metaprogramming, and inductive logic programming.