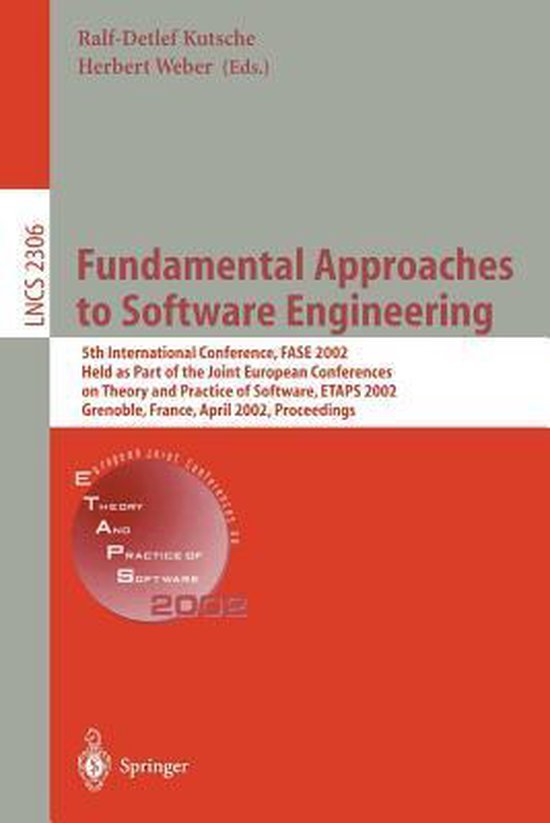 ETAPS 2002 was the ?fth instance of the European Joint Conferences on Theory and Practice of Software. ETAPS is an annual federated conference that was established in 1998by combining a number of existing and new conferences. This year it comprised 5 conferences (FOSSACS, FASE, ESOP, CC, TACAS), 13 satellite workshops (ACL2, AGT, CMCS, COCV, DCC, INT, LDTA, SC, SFEDL, SLAP, SPIN, TPTS, and VISS), 8invited lectures (not including those speci?c to the satellite events), and several tutorials. The events that comprise ETAPS address various aspects of the system - velopment process, including speci?cation, design, implementation, analysis, and improvement. The languages, methodologies, and tools which support these - tivities are all well within its scope. Di?erent blends of theory and practice are represented, with an inclination towards theory with a practical motivation on one hand and soundly-based practice on the other. Many of the issues involved in software design apply to systems in general, including hardware systems, and the emphasis on software is not intended to be exclusive.