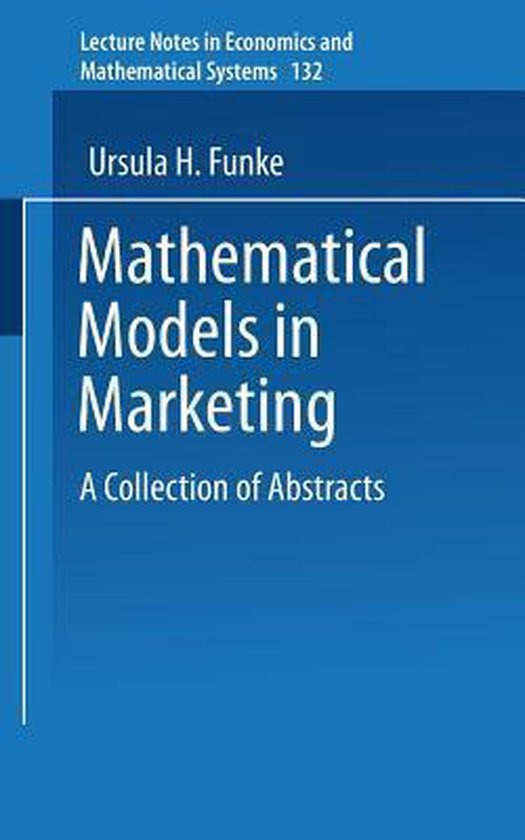 Mathematical models can be classified in a number of ways, e.g., static and dynamic; deterministic and stochastic; linear and nonlinear; individual and aggregate; descriptive, predictive, and normative; according to the mathematical technique applied or according to the problem area in which they are used. In marketing, the level of sophistication of the mathe- matical models varies considerably, so that a nurnber of models will be meaningful to a marketing specialist without an extensive mathematical background. To make it easier for the nontechnical user we have chosen to classify the models included in this collection according to the major marketing problem areas in which they are applied. Since the emphasis lies on mathematical models, we shall not as a rule present statistical models, flow chart models, computer models, or the empirical testing aspects of these theories. We have also excluded competitive bidding, inventory and transportation models since these areas do not form the core of *the marketing field.