Contributions to the Development of Gasdynamics 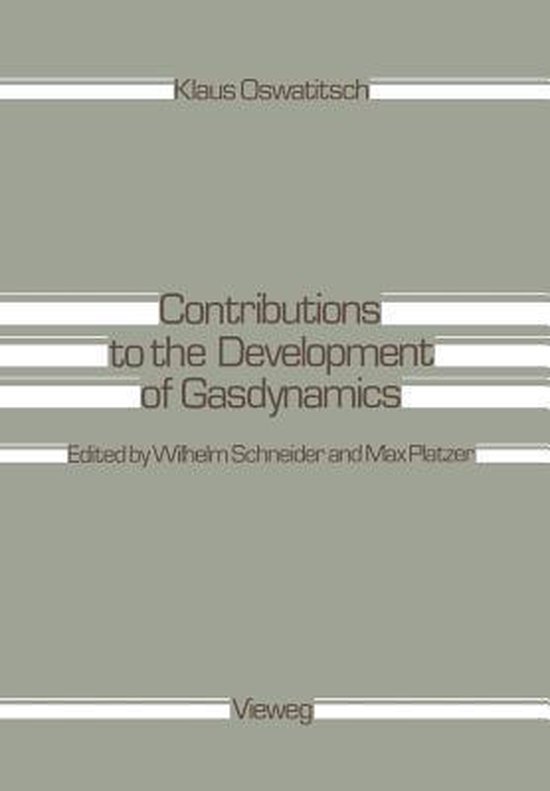 Ever since airplane speeds started to approach the speed of sound, the study of compressible flow problems attracted much talent and support in the major indus trialized countries. Today, gas dynamics is a mature branch of science whose many aspects and applications are much too numerous to be mastered by a single person or to be described in a few volumes. This book commemorates the 70th birthday of a great pioneer and teacher of gas dynamics, Dr. Klaus Oswatitsch, Professor of Fluid Mechanics at the Technical University of Vienna and former Director of the Institute for Theoretical Gas Dyna mics, Deutsche Forschungs-und Versuchsanstalt fUr Luft-und Raumfahrt. Several reasons motivated us to prepare an English translation of Oswatitsch's selected sci entific papers. First, we hope that a book containing his major papers will be wel come as a valuable reference text in gas dynamics. Oswatitsch's work is frequently used in the literature in one form or another, but it is usually quite time-consuming for the English speaking reader to consult the original texts. As a result, reference to and understanding of his papers is often incomplete. For example, Oswatitsch's formulation of the equivalence rule hardly ever is quoted in recent textbooks, al though it preceded declassification of Whitcomb's results by several years. Further more, his papers contain much information, which has not yet been fully appreciated in the Anglo-American literature.