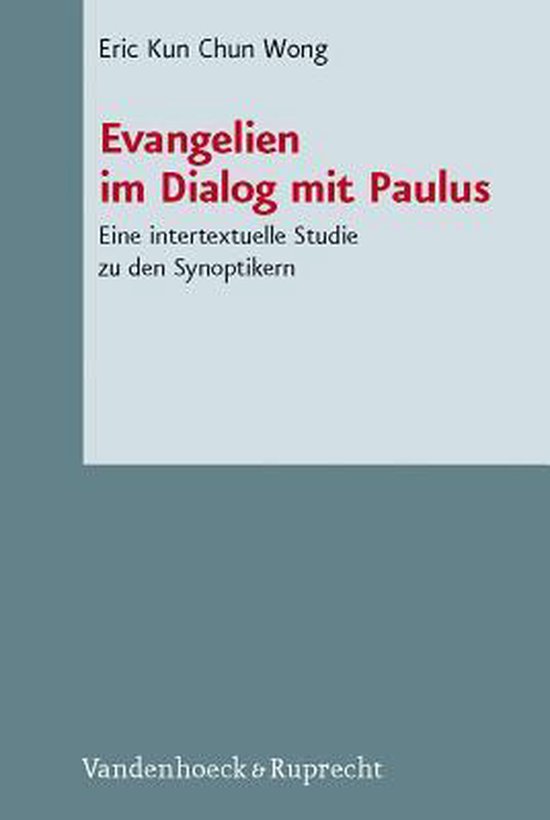 The gospels are usually interpreted without much reference to Paul and his theology. Eric Kun Chun Wong, on the other hand, is of the opinion that all three synoptic gospels represent an ongoing dialogue with Paul. The Gospel of Mark has a number of common stories about Jesus, which is often interpreted to mean that this text pleads its case against Paul and for returning to the original meaning. It takes on the idea of the gospel, transforms it, but is nevertheless very close to Paul's teaching of the theology of the cross. The relationship between Mark and Paul may be seen as critical but neutral. The Gospel of Matthew, on the other hand, openly attacks Paul at several junctures and emphasizes, instead of his proclamation of the gospel among the peoples of the world, the ethical nature of Christ's message. Completely different is the approach of the author of Luke's Gospel: He is an admirer of Paul and presents his doctrine of justification clearly in the tradition of Paul.These conclusions are made possible by intertextual research. A dialogue with another text is not limited to literal references to the text in its original form. Historically speaking, such a dialogue is very likely: All three synoptic gospels presume the missionary activities of Paul among the heathen and could not have been written without such knowledge. It is unlikely that the authors were unaware of Paul and his theology, even if such insights were not transmitted in letters.