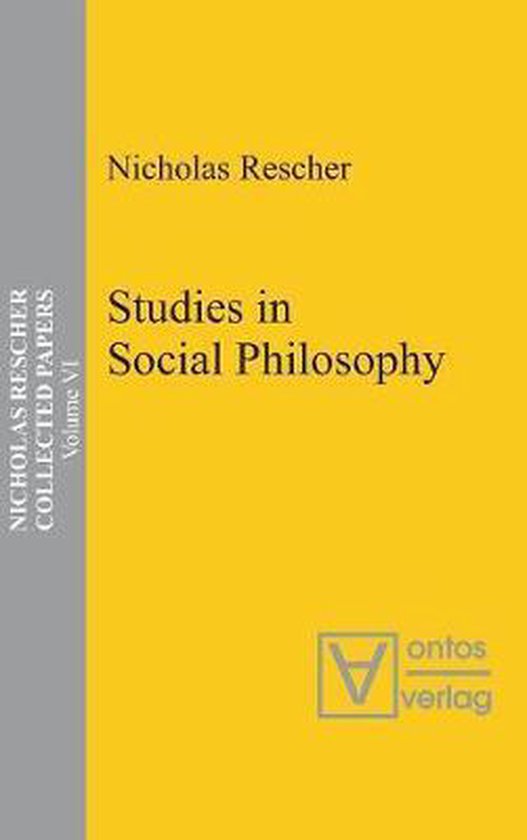 Nicholas Rescher's interest in issues of social philosophy, now dating back over forty years, have resulted in four previous books: Distributive Justice (New York: Bobbs Merrill, 1966), Welfare: the Social Issues on Philosophical Perspective (Pittsburgh: University of Pittsburgh Press, 1972), Public Concerns (Lanham, MI: Rowman & Littlefield, 1996), and Fairness (New Brunswick, NJ: Transaction Publishers, 2002). Additionally, however, he has during this time also written more than a dozen essays on various particular problems and issues of this domain-usually in response to the needs of some special occasion. The aim of the present volume is to collect this material together in coordinative conjunction. The resultant book will not only offer a panorama of Rescher's views on some of the key issues of the field, but also convey a sense of the procedural ways and means by which Rescher think that philosophical deliberations can serve to shed some instructive light on such ever-controversial matters. For Rescher is convinced in theory and has sought to illustrate in practice that constructive thinking in this domain calls for implementing a quantitative approach from a moral perspective, and that neither the measurable quantities not the intangible values of the situation can be overlooked in a cogent assessment of the issues. It is his hope that these essays will confirm the justice of this conviction.