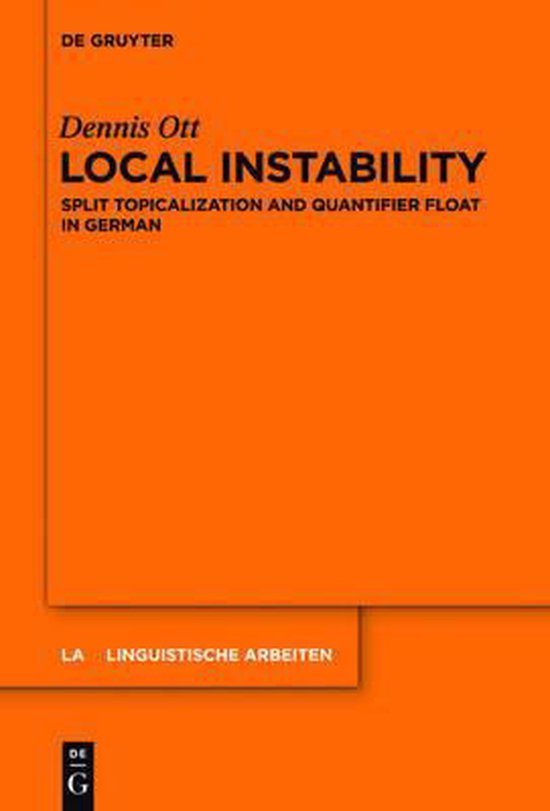 This monograph argues for a novel approach to split topicalization and quantifier float in German, based on the premise that syntactic structure-building proceeds solely via free application of Merge. Following recent developments in the pursuit of a more principled theory of syntax, it is argued that the stipulative notion of projection' ought to be dispensed with: syntactic objects created by Merge are not headed, and endocentricity arises due to a simple search algorithm. When this algorithm fails, specifically in symmetric {XP,YP} structures, an unlabeled constituent results; where a label is required, such structures are locally unstable. It is argued that both split topics and floated quantifiers are the result of this kind of local instability: when an exocentric predication structure is merged in argument or adjunct position, XP must be displaced at the phase level to allow for determination of a label. It is this symmetry-breaking movement that yields the split constituent' in surface form. Based on careful empirical scrutiny of two recalcitrant problems for syntactic theory, the present work adduces substantial support for a minimalist' grammatical architecture devoid of phrase-structural residue.