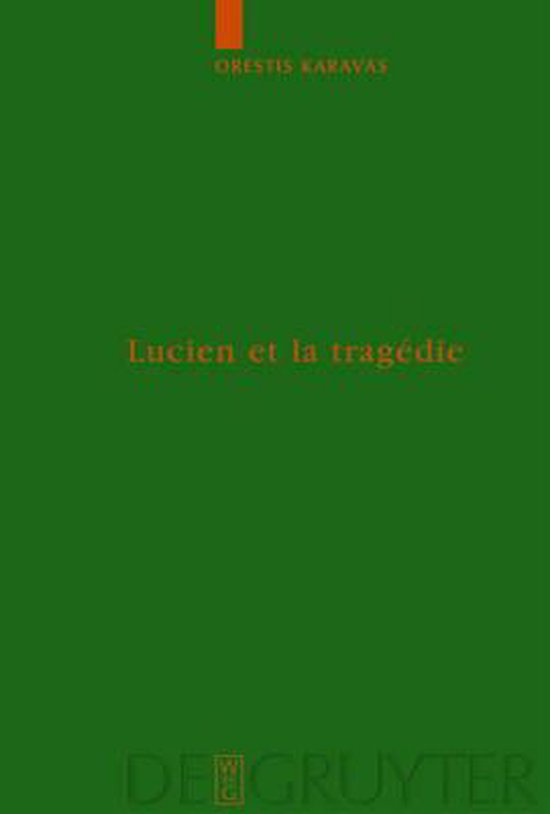 This study investigates the attitude of Lucian of Samosata towards the Greek tragedy. It presents for the first time a comparison between the Lucianic oeuvre and the Greek tragedy according to three points of view: i) the tragic language, ii) the tragic themes (philosophy, religion, morals, mythology), and iii) the literary forms (an analysis of the parodic Podagra). It also deals with the later history of the Greek tragedy, starting from the 4th century B.C. up to the Imperial times. Using the Lucianic corpus as a witness and a document of its time concerning the tragedy, we aim to gain a better knowledge of Lucian as a writer, of the history of the tragic genre through the antiquity and of the feeling which one had in the imperial times about the Greek civilization and the Greek language.