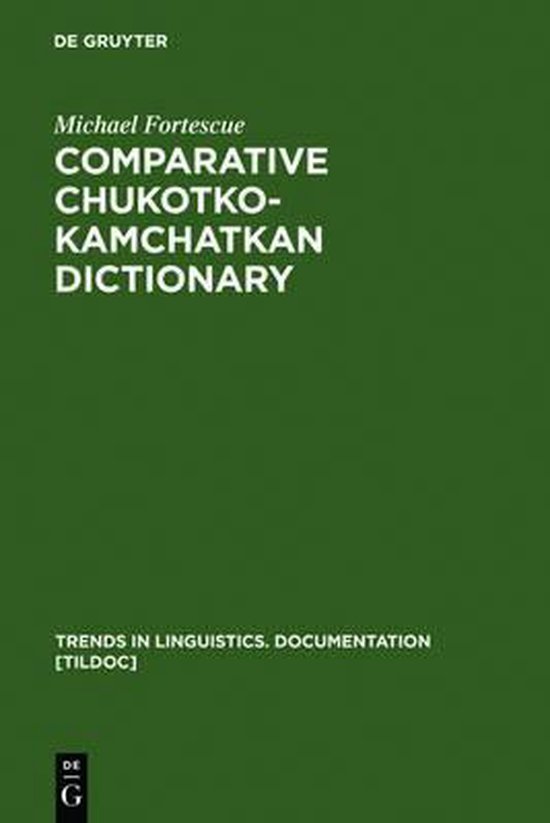 This volume is the first comprehensive comparative dictionary to cover the whole of the Chukotko-Kamchatkan family. The genealogical status of this family (whether from a common source or due to convergence) has long been controversial, but its coherence as a family can now be taken as proven. Its geographical position between Siberia and northernmost America renders it crucial in any attempt to relate the languages and peoples of these large linguistic regions. The dictionary consists of cognate sets arranged alphabetically according to reconstructed proto-forms and covers all published lexical sources for the languages concerned (plus a good deal of unpublished material). The criterion for setting up Proto-Chukotian sets is the existence of clear cognates in at least two of the four languages: Chukchi, Koryak, Alutor, and (now extinct) Kerek, and for Proto-Chukotko-Kamchatkan sets cognates in at least one of these plus Itelmen. Internal loans between the two branches of the family are indicated - this is particularly important in the case of the many loans from Koryak to modern western Itelmen. Proto-Itelmen sets without clear cognates in Chukotian are listed separately, without reconstructions. The data is presented in a reader-friendly format, with each set divided into separate lines for the individual languages concerned and with a common orthography for all reliable modern forms (given as full word stems, not just 'roots'). The introduction contains information on the distribution of the individual languages and dialects and all sound correspondences relating them, plus a sketch of what is known of their (pre)historical background. Inflections and derivational affixes are treated in separate sections, and Chukchi and English proto-form indexes allows multiple routes of access to the data. A full reference list of sources is included.